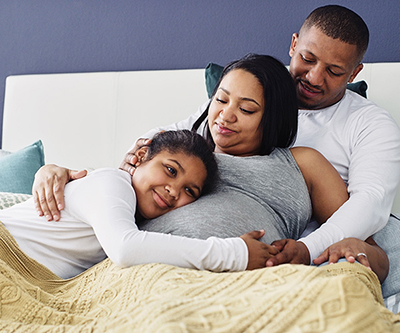 In addition, researchers supported by NICHD and the Bill & Melinda Gates Foundation are testing whether a single dose of the antibiotic azithromycin reduces the risk of maternal and infant bacterial infection and death in low- and middle-income countries. The drug is a low-cost intervention that has shown promise in a smaller study and may help reduce pregnancy-related infections worldwide. The trial is conducted by researchers in NICHD’s Global Network for Women’s and Children’s Health Research.

The risk for infection is not limited to women in other countries. Women who undergo cesarean delivery also have a risk for infection in their wounds. Earlier studies suggested that a technique called negative pressure wound therapy (NPWT) may be beneficial in reducing these risks for obese women, who are more likely to undergo a cesarean delivery. However, an NICHD-supported study found otherwise. The study found no significant difference in infection between obese women treated with NPWT and those receiving standard wound dressing. The authors concluded their findings do not support the routine use of NPWT for obese women who deliver by cesarean.

NICHD-supported researchers also discovered that a rapid DNA sequencing technique called exome sequencing substantially improved the ability to detect genes involved in the development of nonimmune hydrops fetalis, a serious condition in which a fetus experiences abnormal fluid buildup inside the abdominal cavity, lungs, or other parts of the body. Using this technique, the study team identified the cause of this disorder in one third of previously unexplained cases. The findings suggest that exome sequencing can provide useful information that is unavailable with current genetic testing methods.

In another NICHD-funded study, researchers reported that homicide is a leading cause of death among pregnant and postpartum women in Louisiana. The study team undertook their analysis because few studies have looked at non-obstetric causes of death during pregnancy and the year after birth. Their findings underscore the need for violence prevention services for pregnant women and new mothers.