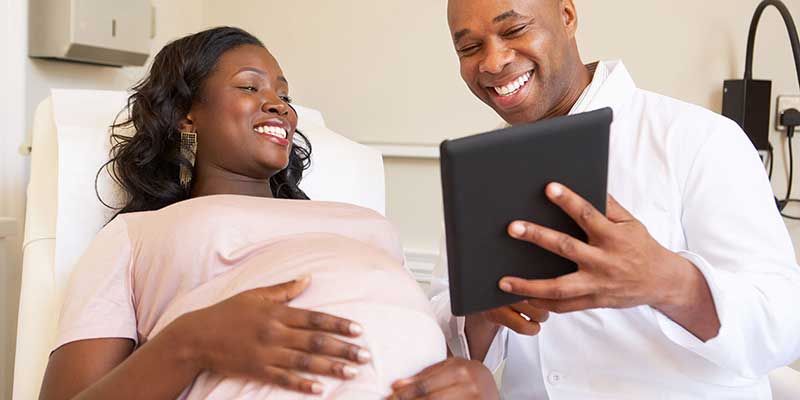 Conventional growth charts, which help determine whether a fetus is growing as expected throughout a pregnancy, rely heavily on 1980s data from predominantly middle-class, white women. NICHD investigators have found evidence these standards may misclassify fetuses from minority mothers as being too small.

“Outdated fetal growth standards mean that healthy pregnant women may be subjected to tests and procedures that they don’t need,” said Katherine Grantz, M.D., M.S., one of the lead investigators of the NICHD Fetal Growth Study. “Our goal is to improve outcomes for pregnant women, especially given that U.S. rates of maternal complications are rising and the risks are higher for minority women.”

Standard clinical practice also uses only a single set of measurements to estimate fetal growth, which can indicate size but not growth velocity: an estimate of how fast a fetus is growing over time. The new NICHD Fetal Growth Velocity Calculator uses two sets of gestational age and physical values, such as femur length, to estimate growth velocity and growth percentiles. Estimates may also be calculated for any given set of gestational weeks because clinicians are likely to see patients at unpredictably spaced time points.

To learn more about the calculators, visit NICHD’s Fetal Growth Study website. Both tools are derived from NICHD research published in the American Journal of Obstetrics and Gynecology, PMID: 26410205 and PMID: 29803819.