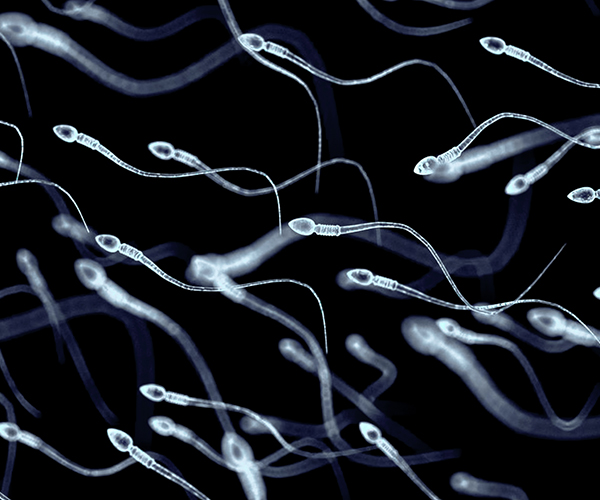 Many people are familiar with home fertility test kits for women. But did you know that men can also check their fertility at home? SpermCheck® offers two at-home testing kits that measure different aspects of male reproductive health. One test can estimate sperm count to assess fertility. The other helps validate the success of a vasectomy, a surgical sterilization process. These tests became widely available in pharmacies

across the United States in 2012, and they are now used globally.

SpermCheck® was developed by Dr. John Herr, an NICHD grantee at the University of Virginia. He began receiving research support from NIH in 1985. According to Dr. Herr, the idea for SpermCheck®grew out of a basic science-clinical collaboration

he had with Drs. Stewart Howards and Charles Flickinger, also at the University of Virginia.

Dr. Herr’s laboratory screened the human genome for sperm-specific genes that could serve as biomarkers to identify and quantify sperm. Eventually, the team identified a biomarker called SP10 protein and began proof-of-concept experiments. This NIH-funded research helped lay the foundation for patents and future commercialization.

In 2010, Dr. Herr’s team published a study on SpermCheck® as a home test. The team reported that the test could quickly and accurately inform men on whether their sperm count was normal, low, or very low.

With the commercial availability of SpermCheck®, men around the world now have the ability to successfully assess their fertility in the comfort and privacy of their own homes.