We strive to understand fundamental relationships between function and structure in living tissues, primarily in neural tissue and in extracellular matrix (ECM). Specifically, we are interested in how microstructure, hierarchical organization, composition, and material properties all affect biological function and dysfunction. We investigate biological and physical model systems, such as “engineered” tissue constructs and tissue analogs at different time and length scales. These physical measurements are guided by mathematical and computational models we develop to 1) aid in the design of experiments, 2) interpret their findings, 3) make new predictions and 4) generate novel hypotheses. Primarily, we use water molecules to probe both equilibrium and dynamic interactions among tissue constituents over a wide range of time and length scales. At macroscopic length scales we vary water content or ionic composition to determine the equilibrium osmo-mechanical properties of well-defined model systems. To probe tissue microstructure and microdynamics, we employ atomic force microscopy (AFM), small-angle X-ray scattering (SAXS), small-angle neutron scattering (SANS), static light scattering (SLS), dynamic light scattering (DLS), and one-dimensional and multi-dimensional nuclear magnetic resonance (NMR) relaxometry, diffusometry and exchange. As a means to better understand structure/function relationships, we develop and use physics and engineering principles to describe how observed changes in tissue properties, microstructure and composition affect physiological processes by characterizing the transport of mass, charge, momentum, energy, and magnetization. The latter provides the most direct and noninvasive means for describing essential transport processes in vivo. Not surprisingly, we use magnetic resonance imaging (MRI) transport measurements as a vehicle to translate novel quantitative methodologies we develop, and the understanding we glean from them, from "bench to bedside."

Our tissue sciences activities described above dovetail with our basic, applied and translational research in quantitative imaging, which is intended to generate in vivo measurements and maps of intrinsic physical quantities, such as magnetization, diffusivity, relaxivity, and exchange rates, rather than qualitative images widely used in the practice of clinical radiology. Our quantitative imaging group uses knowledge of physics, engineering, applied mathematics, imaging sciences, and computer sciences, as well as insights gleaned from our tissue sciences research, to discover and develop novel imaging "stains" and "contrasts" that can sensitively and specifically detect changes in tissue composition, microstructure, or microdynamics. Our ultimate goal is to use these new parameters as quantitative imaging biomarkers to assess normal and abnormal development, diagnose childhood diseases and disorders, and characterize degeneration and trauma. MRI is our in vivo imaging method of choice because it is well-suited to many NICHD mission-critical applications, as it is non-invasive, non-ionizing, generally requires no exogenous contrast agents or dyes, and is deemed safe for use with pregnant mothers and their developing fetuses, as well as with children in both clinical and research settings. One technical objective of ours has been to transform clinical MRI scanners into quantitative scientific instruments capable of producing reproducible, accurate, and precise imaging data to measure and map useful imaging biomarkers for pre-clinical and clinical applications, including single scans, longitudinal and multi-center studies, personalized or point-of-care medicine, and for populating curated imaging databases.

Spotlight: Advancing neuroscience research for children around the world (September 20, 2022)

SQITS is involved in an important research study being sponsored jointly by the Bill and Melinda Gates Foundation (BMGF) and the NICHD to improve the understanding of neuroanatomical trajectories in children worldwide, but particularly in Lower and Middle Income Countries (LMIC).

SQITS is involved in an important research study being sponsored jointly by the Bill and Melinda Gates Foundation (BMGF) and the NICHD to improve the understanding of neuroanatomical trajectories in children worldwide, but particularly in Lower and Middle Income Countries (LMIC). A key component of this brain imaging research initiative has been to establish a pediatric neuroimaging consortium intended to deploy portable, low-cost Hyperfine MRI scanners to enable data collection in areas where there is no neuroradiological infrastructure. Aspects of this unique project were the subject of a recent joint NICHD/BMGF-sponsored workshop https://www.nichd.nih.gov/about/meetings/2022/041822

Since about 2005, SQITS lab members, Ferenc Horkay, Carlo Pierpaoli and Peter Basser, began developing and vetting a novel diffusion MRI “phantom” to help calibrate and standardize single-subject, longitudinal, and multi-site human studies to ensure quantitative MRI data could be collected and meaningfully analyzed, compared and/or pooled. A press release when their patent issued https://www.nichd.nih.gov/newsroom/releases/051917-basser describes a stable, safe, and well-characterized polymer, polyvinylpyrrolidone (PVP), having appropriate tissue-like diffusion properties, which are well-suited to this application.

Fast forward to 2022, the BMGF/NICHD neuroimaging consortium will now be adopting the CaliberMRI phantom provided by QMRI https://qmri.com/

Another related development is that the National Institute of Standards and Technology (NIST) has been testing and promulgating SQITS’ PVP phantom material as an NIST MRI “standard” https://www.nist.gov/news-events/news/2022/05/measuring-phantom-library. According to Stephen Russek, Ph.D., Project Leader for Imaging Physics, NIST in Boulder, CO, who directs this activity, “NICHD should be prominently credited for identifying, developing, and patenting PVP solutions as a diffusion reference. It is remarkably stable and has nearly ideal Gaussian diffusion, which is a rarity among any tissue mimics. As we work to characterize more complex tissue mimics for medical imaging reference standards, we increasingly appreciate PVP solutions.”

Dr. Basser featured as discussant for the Imaging the Future of In vivo Neuropathological Diagnosis through Postmortem Analyses 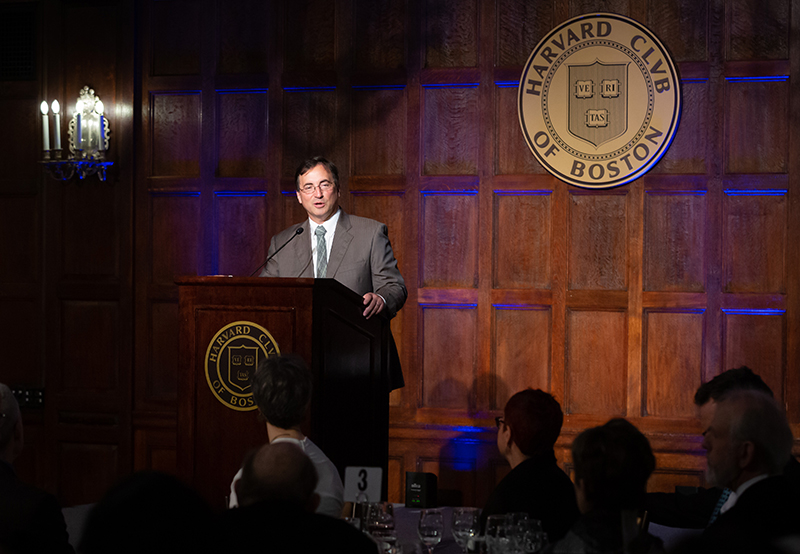 Article on study conducted in collaboration with the Fields lab: Astrocytes Regulate Signal Speeds of Neurons.

VIDEO (YouTube): "The Invention and Development of Diffusion Tensor NMR and MRI at the NIH"

, recorded at a conference

VIDEO (YouTube): Dr. Basser featured in "Research for a Lifetime: The Journey Forward" 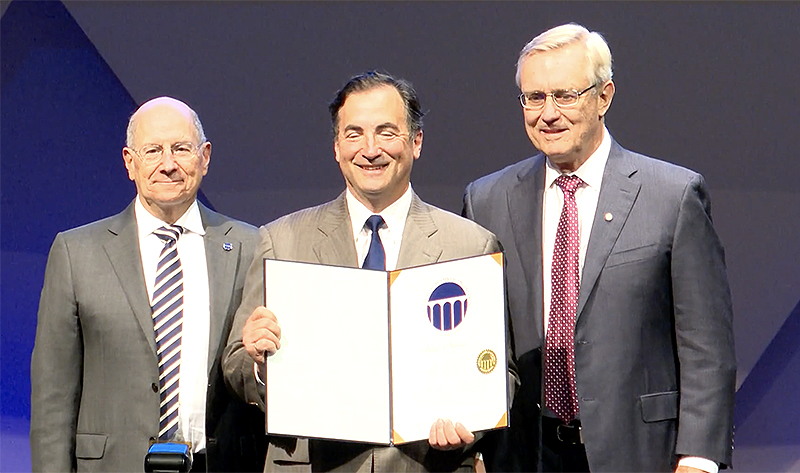 VIDEO: Dr. Basser is formally inducted into the Class of 2020 National Academy of Engineering (NAE) 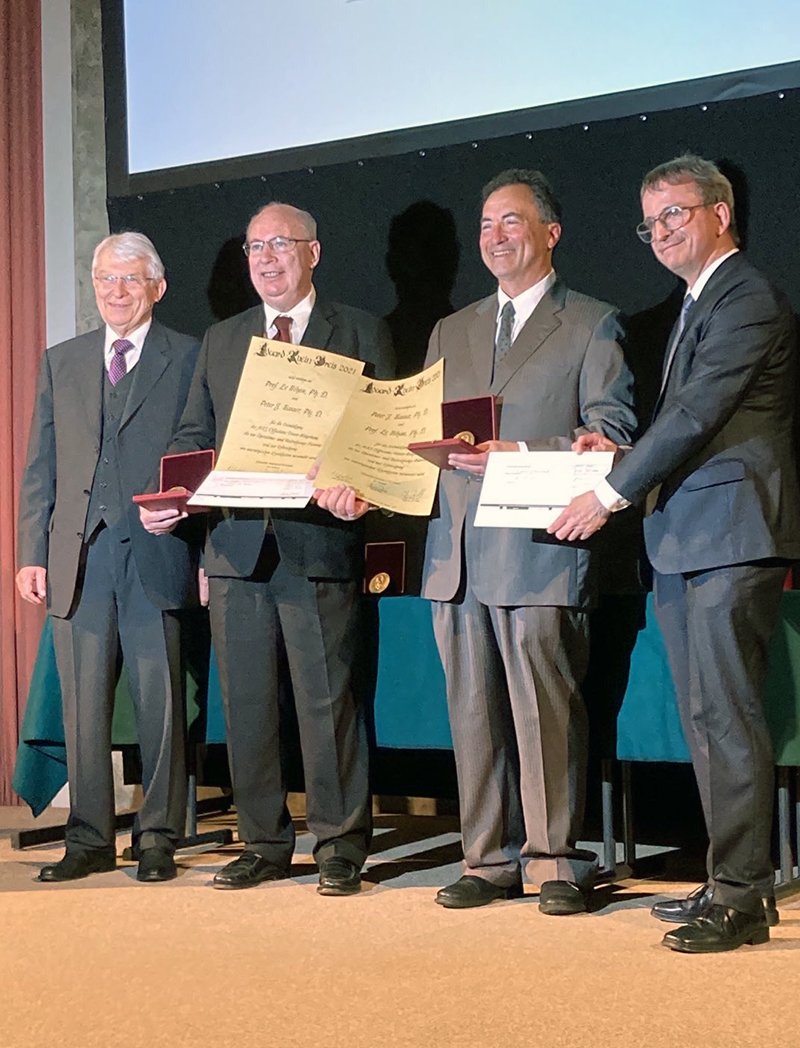 Dr. Peter Basser is awarded the Technology Award 2021 of the EDUARD RHEIN FOUNDATION.

Dr. Peter Basser is inducted to the National Academy of Engineering, 2020

"For development of diffusion tensor MRI and streamline tractography, transforming the characterization of brain disorders and visualization of nerve fiber pathways."

Dr. Peter Basser is awarded the 2019 Honorary Member Award by the American Society of Neuroradiology

From the Deputy Director of Intramural Research's website (screencapture):

Peter Basser, Ph.D., head of the NICHD Section on Quantitative Imaging and Tissue Sciences, has been made an honorary member of the American Society of Neuroradiology, an organization of more than 5,600 neuroradiologists and related professionals.

Basser is a scientist-inventor whose work has transformed how neurological disorders and diseases are diagnosed and treated, and how brain architecture, organization, structure, and anatomical “connectivity” are studied and visualized. He is the principal inventor of Diffusion Tensor Magnetic Resonance Imaging (DTI), a non-invasive MRI technology that yields a family of novel features and imaging biomarkers. Quantities that he proposed include the mean apparent diffusion coefficient (mADC) — a DTI-derived parameter widely used to follow changes in stroke and in cancers, and the fractional anisotropy (FA), a robust quantity that makes brain white matter visible. He also proposed and developed “Streamline Tractography,” a means to elaborate white matter pathways, which now helps neuroradiologists plan brain surgeries. More recently, Basser has been a pioneer in the field of “Microstructure Imaging,” which uses MRI data and models of water diffusion in tissue to extract salient micron-scale morphological features. Examples of MRI methods that Basser invented and developed with colleagues include the non-invasive measurement of the mean axon diameter (CHARMED), the axon diameter distribution (AxCaliber), and the mean apparent propagator (MAP) in each voxel. He and members of his lab have also been actively involved in developing multiple pulsed-field gradient (mPFG) methods to measure microscopic diffusion anisotropy, which they reported observing in gray matter as early as 2007. Within the past few years, Basser’s lab has continued to make seminal contributions to neuroradiology, inventing and developing MRI methods to measure and map joint relaxation and diffusion spectra in brain tissue.

Dr. Peter Basser was inducted into the American Institute for Medical and Biological Engineering (AIMBE) College of Fellows (PDF alternative [PDF 510 KB]) for his seminal contributions to the invention, development, and translation of diffusion tensor MRI (DTI), DTI tractography, and several neuro-technologies. (click below image to enlarge).

Dr. Peter Basser is awarded the Victor M. Haughton Award at the October annual meeting of the American Society of Functional Neuroradiology in Portland, OR. (NIH Record, November 17, 2017)

Dr. Ruiliang Bai was elected a Junior Fellow by the International Society for Magnetic Resonance in Medicine (ISMRM) in 2017.

The 30 most influential MRM papers that shaped the field of MRI! Unique event to meet the pioneers! #ismrm14 @ISMRM pic.twitter.com/2VVIFlxNtK

Click here for info about the NIH Conference, "Diffusion Tensor MRI: From Bench to Bedside"

grant: "Development of Bench and Preclinical MRI Methods to Assess Glymphatic Clearance in the Living Brain"