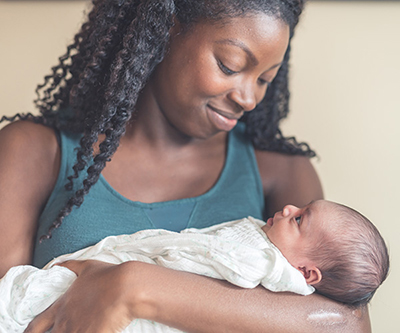 2020 brought greater societal awareness on systemic racism and disparities in our country. NICHD has a long-standing commitment to addressing health disparities, particularly in the context of women’s health and pregnancy.

NICHD-supported researchers evaluated hospitals in New York City, ranking performance as excellent, good, fair, fair to poor, and poor for its treatment and outcomes for pregnant women and very preterm newborns. The study team found that Black and Hispanic women, when compared to White women, were less likely to deliver in “excellent” hospitals and more likely to deliver in “poor” quality hospitals. Importantly, their findings were not explained by differences in insurance coverage, maternal education, or other sociodemographic and clinical factors. The researchers emphasized that maternal and neonatal disparities as a result of hospital quality can lead to poor health outcomes that affect lifelong health and wellness.

In addition to race and ethnicity, geography plays a role in health disparities. NICHD-supported researchers evaluated maternity care deserts—counties that lack hospitals with obstetric care and OB/GYN or certified nurse midwife providers—in Louisiana. The study team found that the risk of death during pregnancy and up to 1 year after delivery was significantly higher for women who lived in these healthcare “deserts.” In addition, they found major racial inequalities in these risks that went beyond geographical access to maternal healthcare. Another NICHD-funded study reported that pregnant women in rural areas across the United States were more likely to require a blood transfusion during labor and delivery, compared to woman in more urban areas. Studies such as these aim to identify tangible ways to improve health outcomes for women who live in rural and underserved areas.

In 2020, NICHD also joined colleagues across NIH to launch a new initiative to combat the growing problem of maternal mortality and morbidity in the United States. The Implementing a Maternal health and PRegnancy Outcomes Vision for Everyone (IMPROVE) initiative supports research on the leading causes of U.S. maternal deaths—heart disease, hemorrhage or bleeding, and infection—as well as contributing conditions, such as diabetes, obesity, mental health disorders, substance use disorders, and structural and healthcare system factors that may contribute to delays or disruptions in maternal care.

NICHD also focuses attention on health disparities for women with disabilities. One NICHD-supported study found that deaf and hard of hearing women have a higher risk for pregnancy and birth complications, such as gestational diabetes and blood pressure disorders, compared to other women. While the reasons for these disparities were not determined, the researchers believe that difficulties in communicating with healthcare providers may play a large role.

In another study, NICHD-supported researchers found major differences among women who undergo hysterectomy—the removal of the uterus for health reasons. The study provides current estimates of hysterectomy rates in North Carolina for noncancerous gynecologic conditions. This work is important because women who undergo hysterectomy are more likely to have serious health consequences later in life. The researchers found that hysterectomy rates remain disproportionately high among Black women, Native Americans, and other non-White groups. More research is needed to understand why there are such wide differences so that women do not undergo the procedure for unnecessary reasons.