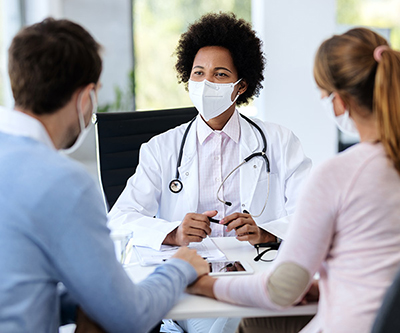 Antioxidant supplements are commercially available to help treat male infertility, but research on its effects on semen quality and rates of pregnancy and live birth are limited. NICHD-funded researchers conducted one of the largest randomized, placebo-controlled clinical trials to examine the effects of antioxidants on male infertility. The study team found no statistically significant differences in sperm concentration, mobility, shape, and DNA quality between the placebo and antioxidant groups after three months. The findings suggest that supplements containing zinc, folic acid, and other antioxidants do not improve male fertility.

NICHD researchers also reported links between opioid use and pregnancy loss and a lower chance of conception. The study was not focused on opioid dependency and misuse but sought to capture non-habitual drug use. The findings suggest that women who are pregnant or planning a pregnancy should, along with their physicians, consider the potential effects opioids may have on their ability to conceive or sustain a pregnancy. The authors note that future research should focus on the effects of opioid use among women undergoing assisted reproductive technologies because these drugs are often prescribed to manage pain related to these procedures.

Another NICHD-funded study identified genetic causes of stillbirth. The researchers found that in 15 of the cases they evaluated, stillbirth was associated with known variations in genes that cause human disease. The study underscores the value of using a type of genome mapping method called whole-exome sequencing, which is used more often to diagnose unexplained childhood disorders. If applied to stillbirth, the method could provide information to counsel families of stillborn infants and to inform medical care of future pregnancies.