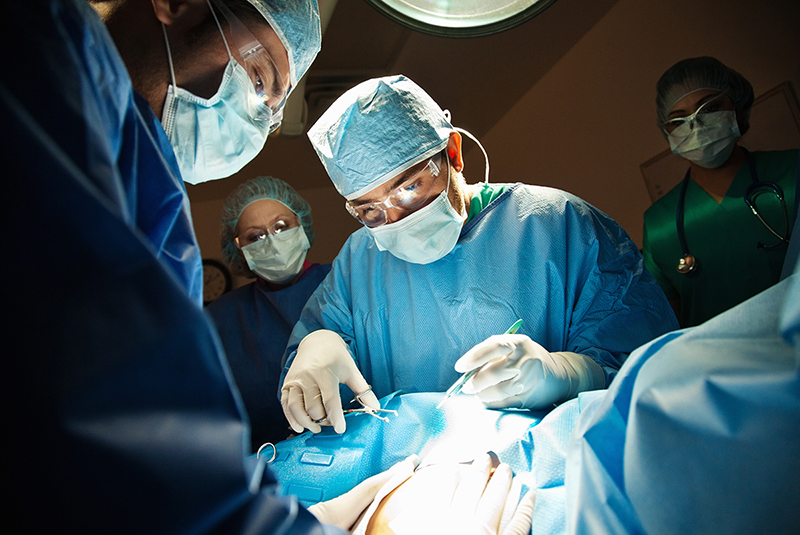 Negative pressure wound therapy (NPWT) does not appear to lower the risk of infection for obese women after cesarean delivery, suggests a study funded by the National Institutes of Health. The treatment involves placing a low-pressure pump over a closed surgical wound to create negative air pressure. Earlier studies had suggested that NPWT might reduce infection risk and promote healing after surgery. The study of more than 1,600 obese women found no significant difference in infection between women treated with NPWT and those receiving standard wound dressing.

The study was conducted by Methodius G. Tuuli, M.D., of Indiana University School of Medicine and colleagues. It appears in the Journal of the American Medical Association and was funded by NIH’s Eunice Kennedy Shriver National Institute of Child Health and Human Development (NICHD).

Obese women are more likely to have cesarean delivery and more likely to develop an infection at the surgical site. In the current study, half of the women were assigned at random to receive NPWT; the other half received standard wound dressing. In the negative pressure group, 29 women developed infection at the surgical site, compared to 27 in the standard dressing group, a difference that was not statistically significant. Rates of major adverse events, such as death, blood infection (sepsis) and need for hysterectomy after surgery, also did not differ significantly. However, women in the negative pressure group were more likely to have skin irritations, such as blistering, bleeding and redness.

The study authors concluded that their findings do not support the routine use of NPWT for obese women who deliver by cesarean.

Menachem Miodovnik, M.D., a project scientist in the NICHD Pregnancy and Perinatology Branch, is available for comment.