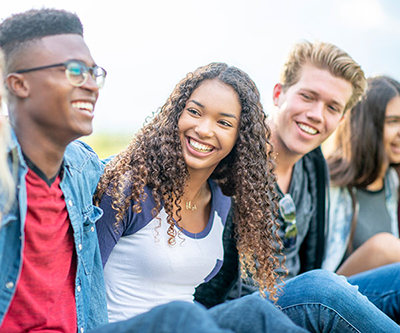 NICHD is dedicated to helping all children thrive—from birth, to school, and beyond.

One NICHD-led study explored links between maternal depression in pregnancy and child development. The researchers found that episodes of maternal stress or depression during pregnancy are associated with chemical modifications to placental genes. The modifications involve DNA methylation—binding of compounds known as methyl groups to DNA—which can alter a gene’s activity. Some of the methylation changes associated with maternal depression occurred near genes involved in brain development. The researchers called for long-term studies to determine whether epigenetic changes in the placenta can affect children’s mental health outcomes.

NICHD research also helps ensure that infants who are born preterm—before 34 weeks of gestation—get the best start in life. One NICHD-supported study reported that the standard course of antibiotics given to preterm infants at birth does not significantly alter the growth of microbiotic organisms in their gut during the first two weeks of life. The researchers had speculated that withholding the antibiotics would allow the infants’ microbiome to develop, resulting in better clinical outcomes. However, the study team found no differences between infants who received the standard antibiotic treatment and those who did not. Both groups had similar microbiome compositions and similar clinical outcomes. The findings suggest that the current standard practice does not harm the infant’s developing microbiome.

A different NICHD-supported study reported that a home visit program may reduce the incidence of child maltreatment. The researchers found that a program of brief home visits by nurses soon after birth—called Family Connects—can provide benefits into early childhood, reducing rates of child maltreatment and use of emergency medical care. Compared with families that received typical newborn services, families in the Family Connects home visit program in Durham County, NC, on average made 33% fewer emergency room visits and had 39% fewer investigations for child maltreatment by the time the children were 5 years old. The findings suggest that similar programs may benefit children nationwide.

In another NICHD-funded study, low-income mothers in Pittsburgh and New York who received coaching at regular doctor’s visits before their child turned 6 months old were more likely to report talking, playing, and reading aloud with their children than those who did not. Their recorded interactions were also rated higher in quality. As part of the Smart Beginnings program, coaches recorded video of parent-child interactions with a book or toy at the doctor’s office and gave parents feedback to help them foster their children’s cognitive, language, social, and emotional growth. Scheduled during well baby checkups, this program is an efficient, cost-effective approach to reducing disparities in school readiness, according to the study authors.

NICHD also supports research to promote adolescent health and development. One study evaluated a dating violence prevention program called Fourth R. In a sample of Texas middle schools, seventh graders who took health classes with Fourth R content on healthy relationships, avoiding substance use and bullying, and conflict resolution were less likely to report being physically abusive toward a dating partner a year later compared to students in schools with a standard health curriculum. The study was the first assessment of the Fourth R curriculum for this age group. Additional research will help determine potential long-term effects of the program when the students transition to high school.