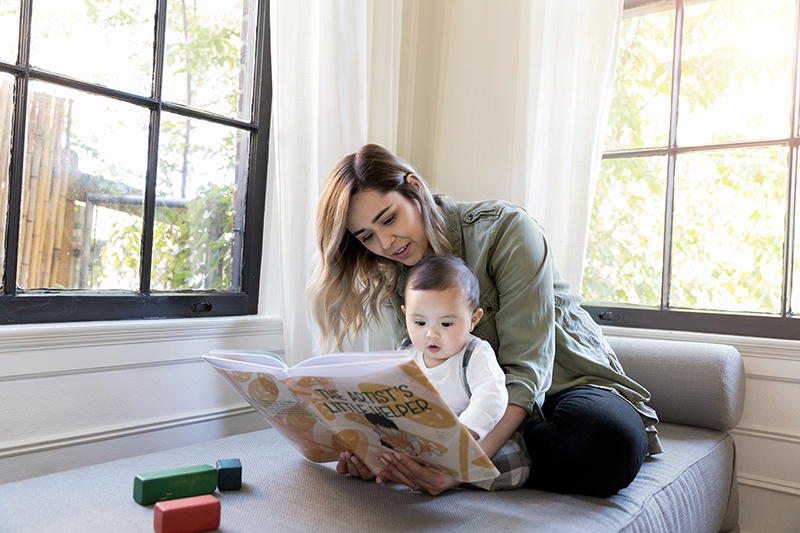 A video and coaching intervention program for at-risk mothers and infants increases parent-child interactions and helps to improve children’s social, emotional and language development, suggests a study funded by the National Institutes of Health. The program, the Video Interaction Project (VIP), consists of videotaping three-minute mother and child interactions, followed by feedback to the mother from a coach with expertise in early childhood development. Scheduled during well baby checkups, the authors say this program is an efficient, cost-effective approach to reducing disparities in school readiness.

The study appears in Pediatrics and was conducted by Alan Mendelsohn, M.D,. at New York University Grossman School of Medicine and colleagues. Funding was provided by NIH’s Eunice Kennedy Shriver National Institute of Child Health and Human Development (NICHD) and National Center for Advancing Translational Sciences.

The study enrolled 403 at-risk families in New York City and Pittsburgh. Roughly half were randomized to the control group, which consisted of usual pediatric care, and half to receive Smart Beginnings, an intervention that includes VIP, and a home-visiting program at age six months for families at higher risk.

From birth to six months, parents and infants were scheduled for either four pediatric well-care visits alone or in combination with a VIP session. After six months, parents responded to a questionnaire on their interactions with their children. Those in the VIP group were more likely to report interactions such as reading aloud, play and talking to their infants. Similarly, in a videotaped interaction with their children, parents in the VIP group scored higher in behaviors known to promote cognitive, language, social and emotional development.

Only families completing the first six months of the VIP program were evaluated in the current study. Participating families will be evaluated through early elementary school.