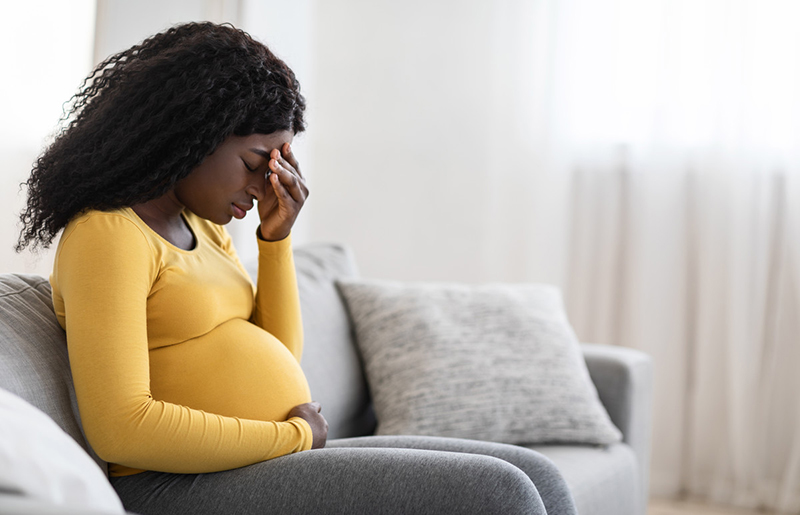 Episodes of maternal stress or depression during pregnancy are associated with chemical modifications to placental genes, according to a study by researchers from the National Institutes of Health. The modifications involve DNA methylation—binding of compounds known as methyl groups to DNA—which can alter a gene’s activity. Some of the methylation changes associated with maternal depression occurred near genes involved in brain development, suggesting that maternal depression in pregnancy could have long-term implications for the mental development of the child.

The study was conducted by Fasil Tekola-Ayele, Ph.D., of NIH’s Eunice Kennedy Shriver National Institute of Child Health and Human Development, and colleagues. It appears in Epigenomics.

The researchers undertook a genetic analysis, called an epigenome-wide association study, on samples of placentas delivered from 301 pregnant women who participated in a previous study. Study participants responded to questionnaires on their levels of stress and depression throughout their pregnancies. The researchers found that a history of stress was associated with methylation changes in two placental DNA sites and a history of depression was associated with changes in 16 placental DNA sites. Of the changes associated with depression, two were near genes linked to brain development.

Previous studies have found associations between maternal depression in pregnancy and a higher risk for depression in children. The researchers called for long-term studies to determine whether epigenetic changes in the placenta associated with stress and depression can be used to predict children’s mental health outcomes.