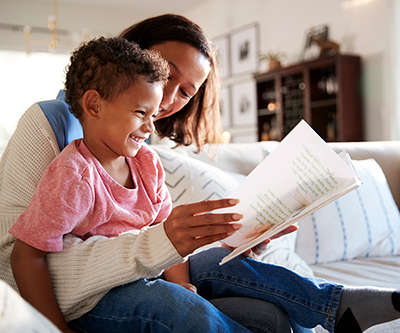 Research on all aspects of child health and development is central to the NICHD mission.

More than one-third of U.S. households have a dog. A large share of dog bites happens to children, possibly because children lack the ability to know when a dog’s behavior is threatening. An NICHD-funded study examined the effectiveness of a video series to train children how to behave around dogs to reduce their risk of being bitten. The video series showed kids a range of dog behaviors, determined whether the behaviors were dangerous, and described safe ways to respond. The researchers found that kids exposed to the videos significantly improved their understanding of dogs’ behavioral warning signs.

A study co-led by NICHD researchers reported that children who live within 0.3 miles of a major roadway may have a higher risk of communication problems than kids who live farther away. Researchers calculated the distances from major roads of more than 5,000 children. They also collected data on the mothers’ exposure to air pollution during pregnancy and then conducted developmental screening tests on the children over the age of 3 years. Although previous research has linked prenatal exposure to air pollution and developmental delays, the authors found that postnatal exposure had a higher overall effect on kids’ low communication scores.

Telemedicine gives patients the opportunity to connect with healthcare providers remotely using video conferencing. An NICHD-funded study reported that children receiving care through telemedicine were more likely to be overprescribed antibiotics than when getting care at an urgent care clinic or doctor’s office. Telemedicine doctors may also be less likely to follow clinical guidelines about prescribing antibiotics than providers in other settings. Researchers compared antibiotic prescription data for children up to age 17 with respiratory infections from telemedicine visits versus urgent care and primary care offices. Overprescribing antibiotics can contribute to antibiotic resistance and make future infections harder to treat.