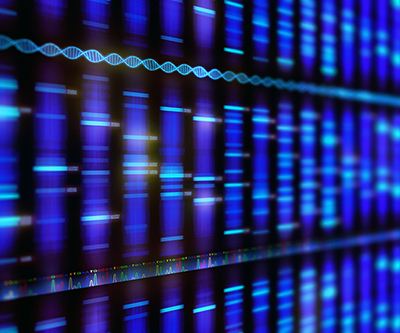 NICHD’s focus on technology research often leads to advances that directly benefit patients of all ages and backgrounds.

NICHD-supported research showed that genomic sequencing was better at identifying risk of some childhood genetic disorders than standard screening techniques for these diseases. The study authors, who are part of the BabySeq Project

within the NICHD-supported Newborn Sequencing in Genomic Medicine and Public Health (NSIGHT) program, also found that newborn genomic screening was able to detect carriers of genetic conditions, which could be helpful when counseling parents about their future risks of having an affected child. However, there were risks associated with genomic sequencing in newborns—sometimes it is difficult to tell whether a gene variant known to be associated with a disease will cause the condition in that person. In other cases, identifying genes in childhood that could increase the risk for genetic conditions in adult life might create stress for families.

People with autism spectrum disorder (ASD) typically have trouble socializing, in part because they struggle to recognize facial expressions and maintain eye contact. NICHD-supported researchers described work on “Superpower Glass,” wearable smart glasses designed to encourage facial engagement and provide feedback to a child with ASD during social interactions. The researchers found that the glasses, used at home in combination with a therapy known as applied behavioral analysis (ABA), could improve facial engagement and emotion recognition compared to ABA alone. The intervention is one of the first randomized clinical trials to show that a wearable digital intervention can improve the social behavior skills of children with ASD.

Each year, thousands suffer spinal cord injuries with prognoses that range from almost complete recovery to total paralysis. Previous efforts using implants to heal spinal cord injuries were unsuccessful because of the limitations of earlier generation 3D printers. Because of recent improvements in this technology, NICHD-funded researchers restored limb function to spinal cord-injured rats using 3D-printed implants. These researchers generated better-fitting implants containing neural stem cells, which produce growth factors that guide the regeneration of nerve fibers. Within 6 months, the rats that received implants with neural stem cells could move their hind legs, while rats that received only stem cells or the implant did not regain movement. The researchers have generated prototypes of these implants for possible use in people with spinal cord injuries.

Digital tools can also enhance adult health, as reported by NICHD-funded researchers who used a custom modeling tool to study how social networks impact a person’s physical recovery from stroke. The researchers determined that the average patient’s social network became smaller and more close-knit in the 6 months after a stroke

. Patients also became healthier as social network members with negative habits left and new members with positive habits joined. The findings offer a new way to identify stroke patients who may be at risk for poor recovery and to allow for earlier interventions that improve their outcomes.