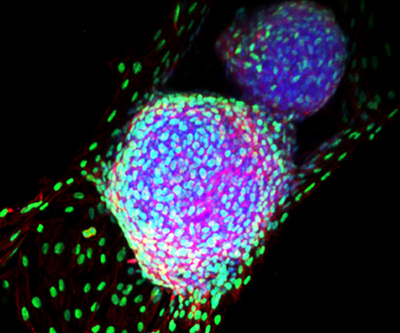 NICHD-supported research continues to broaden our knowledge about the spectrum of reproductive health issues that affect both men and women.

Researchers partially funded by NICHD published evidence that daily oral administration of dimethandrolone undecanoate (DMAU) for 28 days in healthy men is safe and effective as a male contraceptive. The researchers performed a double-blind, randomized, placebo-controlled study of oral DMAU to measure safety and tolerance levels and adverse effects. When they analyzed the results from 82 subjects who took DMAU for the full 28 days, they found no serious adverse events but significant serum-level suppression of three hormones essential for reproduction. Researchers concluded these results support further testing of DMAU as a male contraceptive.

According to previous research, more than 80% of children with cancer will survive, but 30% of survivors will be infertile as adults. NICHD-funded researchers reported that they had successfully frozen testicular tissue from monkeys too young to produce sperm and used this tissue to produce a pregnancy resulting in live, healthy offspring. The finding is an early step in developing a method of storing testicular tissue for children before they undergo fertility-destroying treatment for cancer or other disorders.

In their population-based Longitudinal Investigations of Fertility and the Environment (LIFE) study, NICHD-funded researchers reported results from an NICHD study on iodine deficiency during pregnancy, a common problem in the United States and parts of Europe. The researchers monitored iodine levels of 501 women and found that iodine deficiency at levels seen in many developed countries does not increase the risk of pregnancy loss.

NICHD-funded researchers also reported that the anti-inflammatory properties of testosterone seem to protect male mouse embryos from certain types of DNA damage and inflammation that are fatal to female mouse embryos. Furthermore, treating pregnant mice with testosterone or ibuprofen improved the survival of female embryos with DNA damage and resulted in normal gender ratios among the mouse pups. While the results are early and need to be replicated in humans, the study offers clues related to some of the factors involved in pregnancy loss.