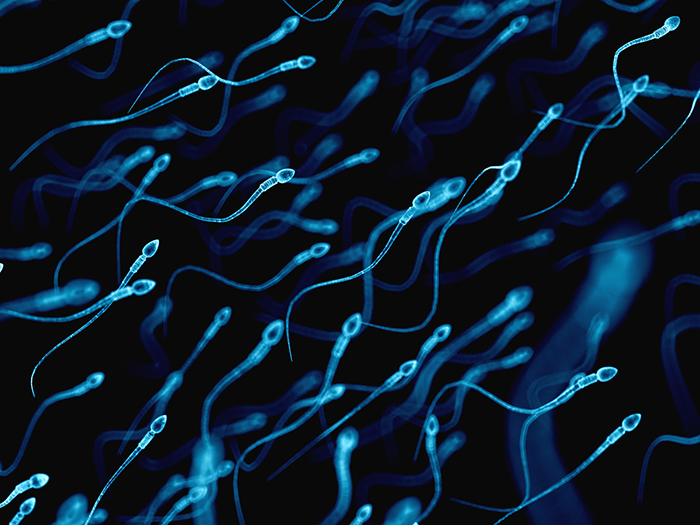 Researchers have successfully frozen testicular tissue from monkeys too young to produce sperm and used this tissue to produce a pregnancy resulting in live, healthy offspring. The finding is an early step in the development of a method to store testicular tissue for children before they undergo fertility-destroying treatment for cancer or other disorders. The research team was led by Kyle E. Orwig, Ph.D., of the University of Pittsburgh School of Medicine and was funded by the Eunice Kennedy Shriver National Institute of Child Health and Human Development (NICHD), part of the National Institutes of Health. The study appears in Science.

According to previous research, more than 80 percent of children with cancer will survive, and 30 percent of survivors will be infertile as adults. In the current study, the authors removed and froze testicular tissue from five rhesus macaques too young to produce sperm. When the animals approached puberty, the researchers thawed the tissue samples and implanted them, along with a comparison set of fresh, unfrozen samples, back into the animals they came from. A few months later, they removed the tissue implants and found that both the fresh and frozen tissue had produced sperm.

The researchers then isolated sperm from the previously frozen implants and used it to fertilize 138 eggs. Of these, 41 percent developed into early-stage embryos. The researchers then transferred 11 embryos into female macaques, resulting in one pregnancy and subsequent live birth. The authors note that the study is small, but it helps establish the concept of using immature testicular tissue to preserve fertility. Additional research is needed before the technique can be adapted to humans.

Susan Taymans, Ph.D., of the NICHD Fertility and Infertility Branch, is available for comment.