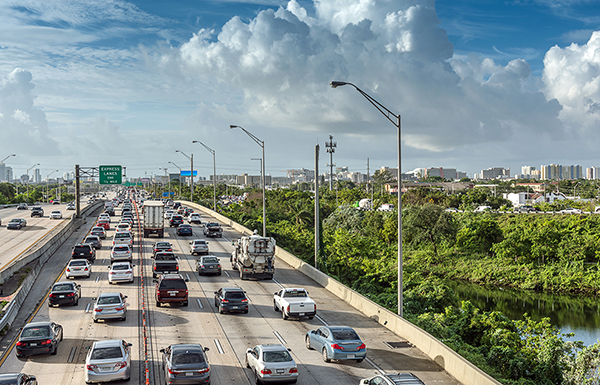 Young children who live close to a major roadway are twice as likely to score lower on tests of communications skills, compared to those who live farther away from a major roadway, according to an analysis by researchers at the National Institutes of Health and the University of California, Merced. Moreover, children born to women exposed during pregnancy to higher-than-normal levels of traffic-related pollutants—ultra-fine airborne particles and ozone—had a small but significantly higher likelihood of developmental delays during infancy and early childhood. The study appears in Environmental Research.

“Our results suggest that it may be prudent to minimize exposure to air pollution during pregnancy, infancy, and early childhood—all key periods for brain development,” said Pauline Mendola, Ph.D., an investigator in the Division of Intramural Population Health Research at NIH’s Eunice Kennedy Shriver National Institute of Child Health and Human Development (NICHD) and the study’s senior author.

Previous studies have linked exposure to common air pollutants in pregnancy to low birthweight, preterm birth and stillbirth. A few studies have found a higher risk of autism and of lower cognitive functioning in children living near freeways, but results of studies about how prenatal and early childhood exposure to air pollution might affect development have been inconsistent.

Given that a large proportion of the U.S. population lives close to major roadways, which are major sources of air pollution, the researchers sought to determine if living near heavily traveled roads was linked to lower scores on developmental screens—questionnaires or checklists that indicate whether a child is developing normally or needs to be referred to a specialist for further testing.

The researchers analyzed data from the Upstate KIDS Study. They matched the addresses of 5,825 study participants to a roadway data set, calculating the distance of each address to the nearest major roadway. For each participant, they matched home address, mother’s work address during pregnancy, and address of the child’s day care location to an Environmental Protection Agency data set for estimating air pollution levels. From 8 months to 36 months of age, the children were screened every 4 to 6 months with the Ages and Stages Questionnaire, a validated screening measure evaluating five domains of child development: fine motor skills, large motor skills, communication, personal social functioning and problem-solving ability.

These results led the researchers to conclude that early childhood exposure to air pollutants may convey a higher risk for developmental delays, compared to similar exposures in the womb. The study is associational and so cannot prove cause and effect. The authors noted that larger studies are necessary to confirm these links.

“It is not clear why exposure to pollutants after birth is linked to a higher risk of developmental delay,” said Sandie Ha, Ph.D., of the Department of Public Health at the University of California, Merced, and lead author of the study. “However, unlike exposure during pregnancy, exposure during childhood is more direct and does not go through a pregnant woman’s defenses.”