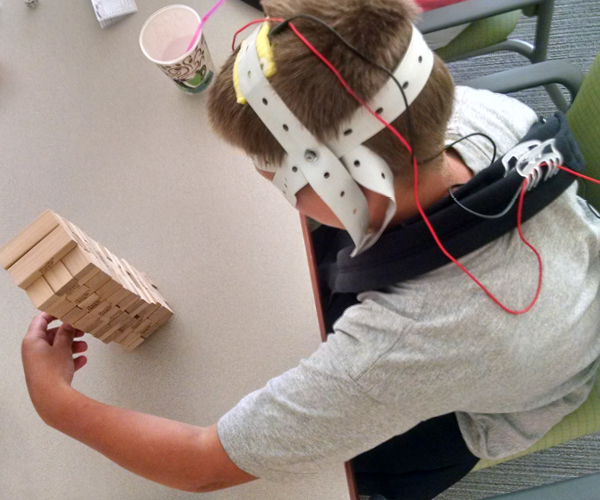 This year, NICHD and the Department of Defense launched a Limb Loss and Preservation Registry to establish the number of people in the United States living with limb loss and provide insight on their challenges and needs. The registry is the first national registry of limb loss and promises to collect data that will improve prevention, treatment, and rehabilitation efforts.

In January, NICHD-supported researchers identified optimal blood pressure levels for infants and children who need cardiopulmonary resuscitation, or CPR. Traditionally, rescuers are trained to focus on the depth of CPR compressions, but the new study offers a more objective measure—arterial blood pressure levels. The team found that when blood pressure rates were maintained at certain levels throughout the course of CPR, infants and children had a 70-percent higher chance of surviving and being discharged from the hospital and a 60-percent higher chance of surviving with favorable neurological outcomes.

In February, researchers funded by NICHD reported that a brain-stimulation treatment may help children with cerebral palsy recover limb function. The researchers conducted a preliminary study of 20 children and teenagers and found that applying a mild electrical current to the part of the brain unaffected by the condition resulted in a small but significant increase in hand function. While the improvement was only modest for some participants, the researchers aim to determine ways to identify those who will benefit the most from the therapy.

In September, NICHD-supported researchers published findings on the impact of social networks on health behaviors and disability . The study team created a tool that can help researchers quantify the impact of social networks on a person's health. The tool is web-based and open-source, making it easy to use across different types of clinical research studies. The researchers demonstrated the tool by measuring the social networks of nearly 1,500 people at risk for multiple sclerosis, a neurological disorder. They found that characteristics of people surrounding the participant, such as negative health behaviors, were strongly associated with the participant's own level of self-reported disability. The findings suggest that interventions that target elements of a person's social environment could help improve that person's health and the future course of his or her disease.