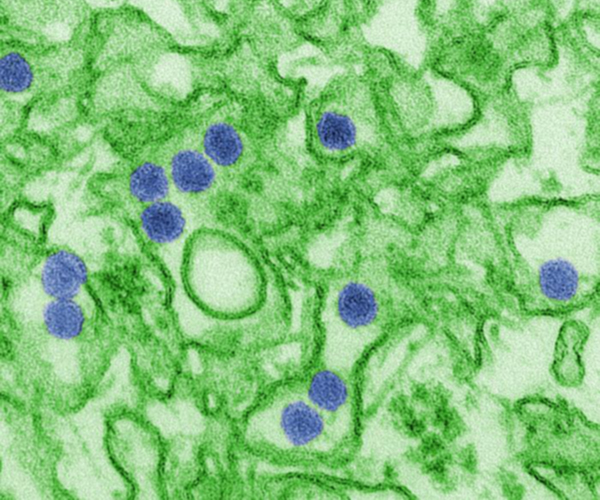 Prevention and treatment for a variety of diseases are also a focus for NICHD research. In January, NICHD-supported researchers reported that Zika infection likely causes pregnancy complications by disrupting fetal oxygen supply. The study, conducted in monkeys, found that the infection caused inflammation in the blood vessels of the uterus and damaged placental villi, the branch-like growths that help transfer oxygen and nutrients from maternal blood to the fetus. In September, NICHD researchers also identified genetic variations linked to severe Zika-related birth defects. The study enrolled pregnant women in Brazil, a Zika-endemic area, and found that mothers of severely affected infants were more likely to have variations in two genes (ADCY3 and ADCY7) that are essential for making an enzyme called adenylate cyclase. This enzyme is important for placental development, immune function, and other cellular processes. Together, the studies offer insight on potential ways to prevent Zika-associated pregnancy complications.

Malaria infections impact millions of people worldwide, causing hundreds of thousands of deaths each year. Malaria is caused by a parasite that can live in and remodel red blood cells. In August, NICHD researchers reported that the deadliest malaria parasite, Plasmodium falciparum, uses the EXP2 protein to obtain nutrients from red blood cells. The findings may lead to the development of new drugs that block the transport of nutrients and proteins from red blood cells to the parasite.

Although a disease is considered rare if it affects fewer than 200,000 people, an estimated 25-30 million Americans have a rare disease. In February, NICHD researchers identified a potential treatment for Chuvash polycythemia, a rare, life-threatening disorder that involves the overproduction of red blood cells. The researchers used a mouse model of the disease and successfully treated the mice with an experimental drug called TEMPOL. The findings offer hope that TEMPOL or a similar drug may treat polycythemias that affect humans, such as mountain sickness—a serious blood complication experienced in low-oxygen, high-altitude settings.