Advancing Research on HIV/AIDS and Maternal and Infant Health 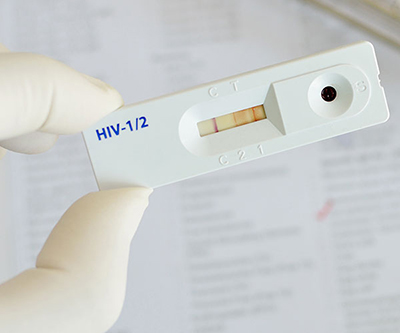 Our understanding of HIV/AIDS has changed drastically since the Centers for Disease Control and Prevention published the first reports of AIDS in 1981. Thanks to research funded by NICHD and other agencies and institutes, HIV has become a chronic but manageable condition. NICHD’s efforts started in 1986 with the Mother and Infants Cohort Study. Although it focused on only five sites in Brooklyn and the Bronx, it included nearly one-half of all infants who had acquired AIDS shortly after birth. In 1988, NICHD established its Domestic and International Pediatric and Perinatal HIV Clinical Trials Network to conduct clinical trials on preventing and treating HIV and its related conditions in newborns, infants, children, and pregnant women. The network conducted the first U.S. trial on children with HIV to test a drug for preventing serious bacterial infections.

In 1990, a few sites in the network joined with pediatric-focused sites funded by NIH’s National Institute of Allergy and Infectious Diseases (NIAID) to create the Pediatric AIDS Clinical Trials Group (PACTG). A year later, NICHD and NIAID partnered with the French national health agency to enroll the first HIV-positive pregnant women in a PACTG trial to test zidovudine (ZDV)—formerly called azidothymidine (AZT)—for preventing transmission during pregnancy, during labor/delivery, and after birth. In 1994, findings from the PACTG study showed that ZDV given to women with HIV during pregnancy and delivery, and to their infants for 6 weeks after birth, reduced HIV transmission from 25% to 8%. As a result, ZDV became the standard treatment for pregnant women with HIV in the United States.

Results from the NICHD- and NIAID-funded Women and Infants Transmission Study (WITS) showed that women with HIV who delivered by cesarean section (C-section) before they went into labor and before their “water broke” decreased the risk of transmitting HIV to their infant by about 50%. Shortly thereafter, U.S. guidelines for preventing mother-to-child HIV transmission were adjusted to recommend C-section among HIV-positive women with certain blood levels of the infection.

Studies funded by NICHD and other NIH researchers also confirmed the safety of HIV treatments during pregnancy. One analysis of seven studies of pregnant U.S. women with HIV found no association between combination anti-HIV drugs during pregnancy and increased risk of birth complications. A 2015 analysis reaffirmed the safety of the regimens, noting that among U.S. women, mother-to-child transmission rates had dropped to less than 1%. In 2018, NIH launched the largest study to date of three treatment regimens for pregnant women.

Our infographic describes some of NICHD’s activities and advances related to HIV/AIDS and pregnancy, and the institute continues to support HIV studies in the United States and around the world.