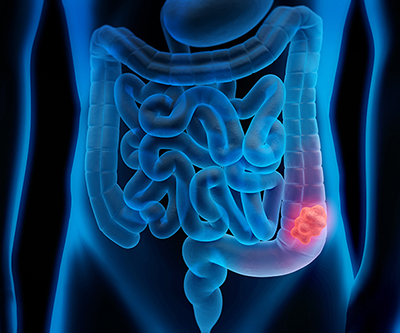 Tumors rely on a cellular recycling system called autophagy to adapt and grow under low nutrient conditions. Autophagy degrades existing cellular organelles and proteins to create sources of energy. Cancer treatment, such as chemotherapy and radiation, can also activate autophagy, which reduces the effectiveness of these treatments. While researchers have tried to target autophagy in cancer by using clinically-approved inhibitors, success has been limited.

Based on these observations, the study team used two types of drugs—a PIKfyve kinase inhibitor and a p38MAPK inhibitor—and found that when applied together, the drugs act synergistically and could kill a variety of cancer cells in the laboratory while not affecting healthy cells. The dual treatment also reduced tumor growth in a mouse model of colon cancer.

Overall, the work identifies a novel way to target cancer cells by inhibiting autophagy using relatively low concentrations of two drugs. The treatments could potentially work in a variety of cancer types and mutations, but more research is needed to test whether these drug combinations are effective in people.

Learn more about the Genomics and Basic Mechanisms of Growth and Development Group: https://www.nichd.nih.gov/about/org/dir/affinity-groups/GBMGD.