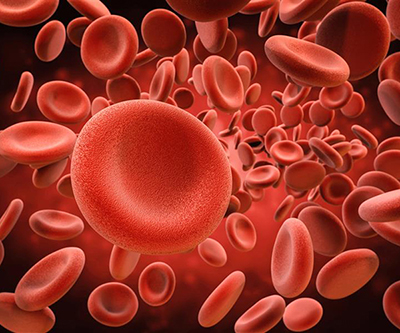 are cardiovascular health conditions. Polycythemia occurs when the body makes too many red blood cells. Pulmonary hypertension occurs when blood vessels narrow and blood pressure increases within the arteries of the lung.

The researchers from the Rouault Lab, led by Dr. Manik C. Ghosh, tested a drug called MK-6482 in three different mouse models of Chuvash polycythemia and IRP1 mutations. Presumably, the drug could counteract the deleterious effects of these genetic mutations because it blocks the activity of HIF2α. MK-6482 is a second generation HIF2α inhibitor that is more potent than its predecessors because it is easily metabolized by the body.

The study team found that daily, oral intake of MK-6482 could reverse a variety of symptoms in mice, including polycythemia, pulmonary hypertension, and other complications caused by excessive HIF2α activity. Their findings underscore the potential of this HIF2α inhibitor to treat a variety of human diseases.