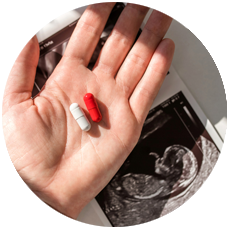 OPPTB promotes basic, translational, and clinical research to improve the safety and efficacy of therapeutics (primarily pharmaceuticals) and to ensure centralization and coordination of research, clinical trials, and drug development activities for obstetric and pediatric populations.

The branch is responsible for developing and supporting a comprehensive national effort to increase the knowledge base for understanding how to appropriately treat disease during pregnancy, infancy, childhood, and adolescence using evidence-based therapeutic approaches. The goal of this effort is to assure that medications are appropriately tested for dosing, safety, and effectiveness within their target populations.

Multiple gaps in knowledge regarding the use of therapeutics in children and pregnant women have resulted in lack of or inadequate labeling and frequent off-label use of prescription drugs in these two populations. One of the branch's major activities is implementation of the Best Pharmaceuticals for Children Act (BPCA). The BPCA legislation promotes the prioritization of off-patent drugs that need further study in pediatrics and allows NICHD to sponsor clinical research of the prioritized therapeutics and disseminate results to improve drug labeling.

Gap: There is currently a lack of safe and efficient medications for children and pregnant women. In fact, both populations often have been considered pharmaceutical "orphans."

Priority: Support projects to identify drug targets for children and pregnant women for conditions specifically relevant to these populations, including neonatal/pediatric pain, rare diseases, infectious diseases, cardiovascular disease (including hypertension), type 2 and gestational diabetes, pulmonary disease (including bronchopulmonary dysplasia), preterm labor, and preeclampsia. These targets can be used for the development of new drugs or to repurpose appropriate existing drugs.

Gap: Significant hardship exists in the design and execution of pediatric and obstetric clinical trials, secondary to many obstacles including recruitment, retention, and ethical concerns.

Priority: Support initiatives to develop innovative approaches and algorithms to predict drug dosing, safety, and effectiveness in children and in women during pregnancy and lactation. This includes modeling and simulation methods and advanced methods of utilizing existing data, such as electronic medical records.

Developmental Pharmacology and Pathophysiology of Pregnancy

Gap: A requirement for the development of safe and efficient medications for pregnant and lactating women is understanding the mechanisms of drug action (pharmacokinetics, pharmacodynamics, pharmacogenomics) in these populations and in their preclinical models to decrease the risks of adverse events and toxicity.

Gap: Outcome measures and biomarkers that reflect diseases/conditions and predict drug safety and effectiveness in children and pregnant and lactating women are lacking.

Priority: Support initiatives for the development of palatable and safe (i.e., without harmful additives) formulations for children.

Gap: Development of non-drug therapeutics, such as devices, is needed to improve therapeutic treatment for the fetus and for children. 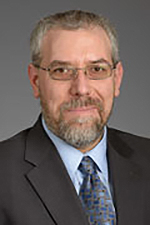