NICHD Supports Wide Range of Research on the Placenta

Studies aim to reveal inner workings of this critical organ 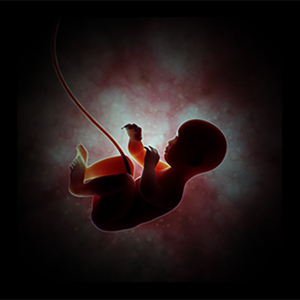 The placenta is a temporary organ that connects a mother and her fetus. It performs multiple functions, acting as the fetus’s lungs, kidneys, and liver, as well as the gastrointestinal, endocrine, and immune systems. It produces hormones to help maintain pregnancy and support fetal development, and it protects the fetus from the mother’s immune system. There is even a role for the placenta in determining the timing of birth.

Because it performs so many vital tasks, the placenta plays a major role in pregnancy outcomes. When it malfunctions, serious problems can result, such as preeclampsia, gestational diabetes, preterm labor and birth, and stillbirth. Placental dysfunction also may lead to health problems later in life for both mother and child.

Scientists are working to learn more about the placenta and its role in health and disease. The NIH’s Human Placenta Project (HPP), which aims to increase understanding of the placenta’s structure, function, and development across pregnancy, represents a major step in this direction.

But NICHD’s support of placental research extends far beyond its investment in the HPP. For many years, the institute has funded research investigating particular aspects of placental growth and function, including how the placenta develops in the womb, how it delivers nutrients to the fetus, and when medication might be used most effectively to prevent certain diseases of pregnancy. This research remains critical to the NICHD mission and will continue to receive support in additionto HPP studies.

Select a link below to learn more.

The Pregnancy and Perinatology Branch supports a broad portfolio of basic and clinical research on the placenta, including the following:

The Fertility and Infertility Branch supports research on interactions between the uterus and the fetus to help determine why nearly half of human pregnancies end within 2 weeks of conception. These scientists are specifically interested in trophoblasts—cells that attach the embryo to the wall of the uterus and later form the placenta—and how they grow, change, function, and interact with cells in the mother’s uterus.

The Pediatric Growth and Nutrition Branch aims to understand how the placenta supplies the fetus with necessary nutrients. Researchers supported by this branch examine how molecules in the placenta deliver nutrients from mother to fetus without mixing their blood and how hormones made by the placenta maintain pregnancy.

NICHD-supported studies have led to several scientific advances, including some recent ones below:

Sharing Information Across the Research Community

NICHD also supports opportunities for researchers to share techniques and ideas. In March 2015, the institute’s Pregnancy and Perinatology Branch and Obstetric and Pediatric Pharmacology and Therapeutics Branch hosted a workshop on the role of the placenta in adverse pregnancy outcomes. Researchers convened to review what is known about the specific biological mechanisms involved in placental development and function and to determine the drugs and therapies currently available to improve pregnancy outcomes.

The goals of the workshop were the following:

Up-and-coming initiatives include the creation of an online “placental atlas.” This resource would catalogue data from published literature on specific genes and proteins known to be active in placental tissue. It also would give researchers access to 3D models of activity in the placenta based on those data—including visualizations of genetic activity at different stages of pregnancy and in various species. A Request for Information for this project was released in early 2015.

Through the HPP and other research efforts, NICHD aims to investigate the full spectrum of functions carried out by the placenta.

, NICHD Director Alan Guttmacher, M.D., explained why this work is so important: “Unlocking the secrets of the placenta is no small undertaking, but the potential benefits are tremendous—for science and for health.”

For more information about placental research at NICHD, select one of the following links: