Learning about Infertility Research at the NIH 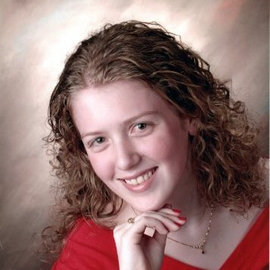 Ed. Note: Rebecca was an intern with the NICHD Public Communications Branch in 2013 and returned to the Institute for her graduate school practicum in 2014. She expects to graduate from James Madison University in May 2014 with a degree in Writing, Rhetoric, and Technical Communication.

The birth of Louise Brown, the first “test-tube baby,” in the United Kingdom in 1978 marked a scientific breakthrough that was and continues to be important to a lot of people today. The process—called in vitro fertilization (IVF)—held hope for many couples facing infertility.

I recently had the good fortune to talk to three NICHD researchers who are working to advance that area and the field of reproduction science more generally.

The conversation was important to me because the subject mattered so much to my mother years ago when she was planning her family. For a while after the birth of Louise Brown, IVF, literally “in glass” fertilization of a human egg, was not as successful at helping couples overcome infertility as it is today. My mother’s own struggles with fertility included six unsuccessful IVF cycles; I ultimately joined the family through adoption.

Hearing about her experience made me aware of the problem of infertility and, ever since, I’ve been interested in learning more—about the condition and about the researchers seeking solutions.

On the Cutting Edge of IVF: Dr. Alan DeCherney

Dr. Alan DeCherney directs the NICHD’s Program in Reproductive and Adult Endocrinology and has a long history working with people dealing with infertility. In fact, he opened the fifth IVF clinic in the United States. DeCherney was drawn to the work, he says, because it was a field in which he could utilize his skills as a surgeon as well as have long-term patient contact that he understood to be essential for continuity of care.

DeCherney exemplifies many of the doctors who have advanced IVF techniques, continuing to work as a clinician while serving as a leader in this rapidly developing field. He’s proud of the successes so far: “We have made a difference because we can really help people now. We have a 50% to 60% pregnancy rate in patients, and we’ve learned so much about reproduction from in vitro fertilization.” he said.

DeCherney speaks volumes about past and present research efforts to improve IVF processes. One of the major past advances he notes was the ability to freeze and store eggs for later fertilization. Now, he sees ongoing studies that may offer new potential for improvement—to reduce the side effects of fertility treatments, for example, and to better screen embryos for diseases prior to implantation.

Dr. Erin Wolff, an Assistant Clinical Investigator in Dr. DeCherney’s Program and head of the Unit on Reproductive and Regenerative Medicine, traces her interest in infertility to the first time she met a surrogate, a woman who was planning to carry a pregnancy for another woman—who in this case, had been born without a uterus.

“What was amazing is that she mentioned that neither she, the intended parents, nor their doctors were sure whose name to put on the birth certificate,” Wolff said. “I was amazed by how the progress in this field was occurring due to the clinicians at the cutting edge of science. The pace of this clinical and scientific progress far outstripped society’s ability to establish social, legal, and medical standards or norms.”

Wolff saw then that this field would be a place to experience pioneering science that combined benchside and bedside efforts.  Her specialty now is ovarian stem cell research: “When we were in graduate school, dogma held that women are born with a fixed, finite number of egg cells, which slowly are lost each month until depletion at the time of menopause. However, our work and others’ suggest that there are stem cells in the ovary that are capable of making new eggs.”

Her experimentation in this area may one day lead to new ways to treat women whose infertility can’t be treated through IVF.

Ushering in the Next Generation of Researchers: Dr. Louis DePaolo

Dr. Louis DePaolo is the Chief of the NICHD’s Fertility and Infertility Branch, where he oversees a broad portfolio of extramural research projects, training grants, and career development awards. His interest in reproduction developed in graduate school, when he studied how chemicals in the brain controlled ovulation.

“People think of reproduction as a real focused thing—sperm meets egg, and ‘I’m going to have a baby.’ But it’s much more complex biologically; reproduction is a continuum,” he said.

DePaolo’s enthusiasm for the field has only increased with time, and he identifies several areas ripe for discovery, including male infertility.

“Male fertility has not been as well studied simply because in the male there are few well-defined diseases or conditions that lead to infertility, like we have in the female. Now we are learning that the fertility status of a male may be a window to other problems that he might have,” he said.

As for causes of infertility in women, he said: “What’s coming down the pike is a greater understanding of the diseases and disorders that impact fertility and new ways to diagnose and, ultimately, treat all of them.”

Dr. DePaolo spoke directly to my point about what infertility had meant to my mother and my family, too.

“Though infertility only affects some people,” he said, “reproduction affects everybody.”

My time at the NIH was short, but I learned a lot about the history and importance of reproduction research. Perhaps because of the work of Drs. DeCherney, Wolff, DePaolo, and many others both here at NIH and around the world, one day infertility will no longer be a problem, thanks to a handful of ingenious and—what would have seemed to my mother, at least—nearly magical solutions.

For more information on infertility research at the NICHD, select one of the following links: