Understanding the Regulation and Transport of Polyamines 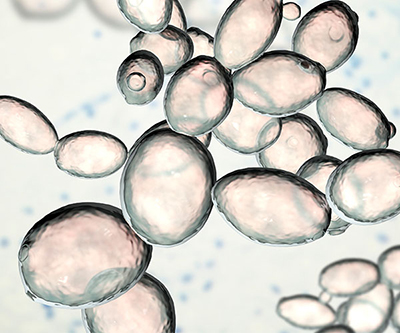 Polyamines are small organic compounds that are essential for cellular growth. They’re produced by the body and also found in certain foods. Cells have a regulatory system for making polyamines depending on whether polyamine levels are low or high. Despite their importance, how cells take up polyamines is not well known.

In a recent study led by the Dever Lab and Banerjee Lab, researchers identified a polyamine transporter in yeast called Hol1. The study is the first to identify a dedicated, high-affinity polyamine transporter. The team also found that polyamine levels regulate Hol1 levels in the cell by creating a feedback loop. When polyamines are abundant, they influence the translation of HOL1 mRNA by impairing the activity of eIF5A, which causes the ribosome to stall and stop making Hol1 protein.

Taken together, the findings show that polyamine transport, like polyamine biosynthesis, is under translational autoregulation by polyamines. The work shows the extensive control that cells impose on polyamine levels.