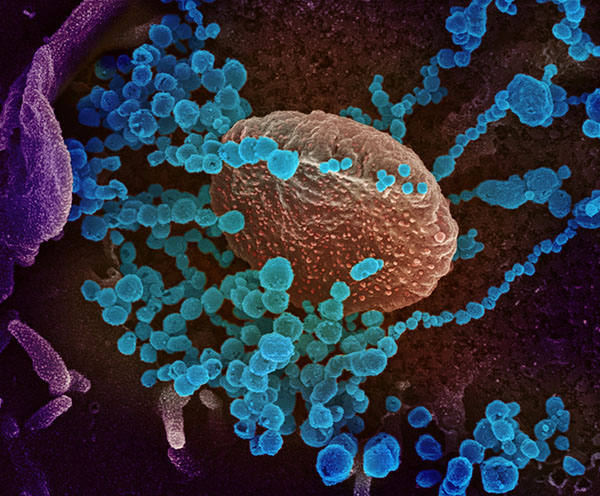 There is a pressing need for safe and effective antiviral drugs to combat SARS-CoV-2, the virus that causes COVID-19. Although the COVID-19 vaccines authorized for use in the United States are highly effective at preventing serious disease and death, vaccination rates remain low in certain areas of the country, and viral variants with reduced sensitivity to vaccines may continue to emerge. Additionally, the vaccines may not be as effective among certain populations, including immunocompromised people and transplant recipients. Developing oral antiviral medications can address these gaps and further reduce both disease and spread of SARS-CoV-2.

Researchers from the Rouault Lab found that the investigational oral drug TEMPOL impairs the activity of a key viral enzyme and limits SARS-CoV-2 infection in cell culture experiments. The scientists discovered TEMPOL’s potential as a COVID-19 treatment by evaluating a more basic question about how SARS-CoV-2 uses its RNA replicase, an enzyme that allows the virus to replicate its genome and make copies of itself once inside a human cell.

Previous animal studies of TEMPOL in other diseases suggest that the TEMPOL doses used in these experiments likely could be achieved in tissues that are primary targets for SARS-CoV-2, such as the salivary glands and the lungs. The researchers plan to conduct additional animal studies and are seeking opportunities to evaluate TEMPOL in a clinical study to determine if the drug is effective in people with COVID-19, particularly early in the disease course when the virus begins to replicate.