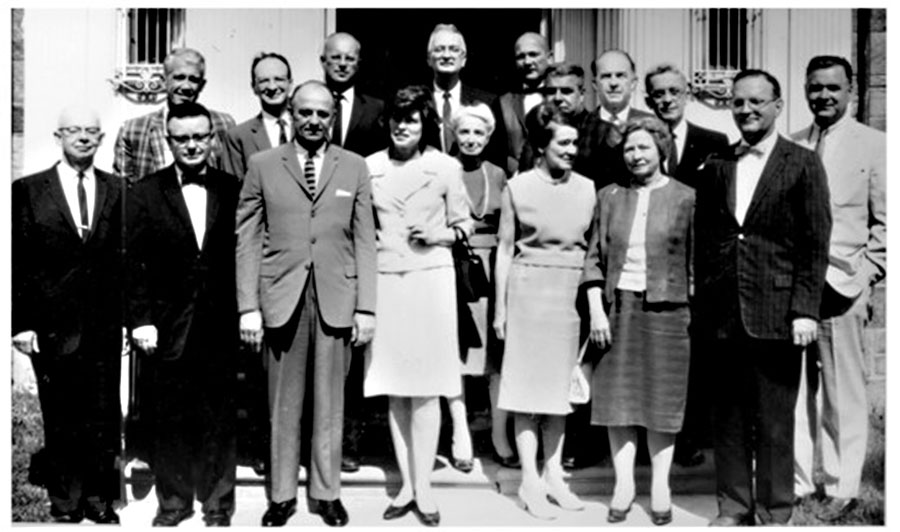 42 U.S.C. §285g: Purpose of the Institute. The general purpose of the Eunice Kennedy Shriver National Institute of Child Health and Human Development (hereafter in this subpart referred to as the “Institute”) is the conduct and support of research, training, health information dissemination, and other programs with respect to gynecologic health, maternal health, child health, intellectual disabilities, human growth and development, including prenatal development, population research, and special health problems and requirements of mothers and children.

The early years of President John F. Kennedy’s administration were influenced by senior advisors, notably his sister, Eunice Kennedy Shriver. Mrs. Shriver championed the acceptance of people with intellectual and developmental disabilities (IDDs), while also advocating for research to address the health needs of those with IDDs.

In 1961, Dr. Robert E. Cooke, a pediatrician and another advisor to President Kennedy, chaired a task force on the health and well-being of children. Among the task force’s recommendations was the establishment of a new institute within the National Institutes of Health (NIH). Despite skepticism from some NIH leaders on the need for a separate institute on children, the law establishing the National Institute of Child Health and Human Development (NICHD) was signed on October 17, 1962. NICHD became the first NIH institute to focus on health throughout human life, rather than on a specific disease or organ system. From its inception, NICHD targeted its efforts toward helping the scientific community, policy makers, and public recognize the importance of supporting research not only to help those with IDDs, but also to increase understanding of human development.

Since 1962, NICHD’s statutory “purpose” (see box for current language) has only been amended three times. In 2000, the phrase “gynecologic health” was added. In 2007, the institute’s official name was changed to the “Eunice Kennedy Shriver National Institute of Child Health and Human Development” to honor the contributions of Mrs. Shriver. In 2010, another law was passed that updated NICHD’s statutory language to change all references from “mental retardation” to “intellectual disabilities.” In addition, in 1990, Congress established the National Center for Medical Rehabilitation Research within NICHD to support research, training, and dissemination of health information on the rehabilitation of people with physical disabilities. This program was reauthorized in 2016 by the 21st Century Cures Act.

More recently, Congress has provided directives to the Secretary of Health and Human Services (HHS) or to NIH, with the understanding that NICHD would be charged with their implementation. One example, first passed in 2000, is the directive for NIH to create a program of research for conducting pediatric clinical trials with the aim of obtaining pediatric labeling on drugs often prescribed to children (Best Pharmaceuticals for Children Act). Among other provisions of the Newborn Screening Saves Lives Act, NIH is directed to coordinate and expand research on newborn screening (Hunter Kelly Newborn Screening Research Program). A provision of the 21st Century Cures Act directed the HHS Secretary to establish a Task Force on Research Specific to Pregnant Women and Lactating Women to identify the research needed to inform appropriate dosing of medications used by these populations.