Welcome to the laboratory of Richard J. Maraia, M.D. 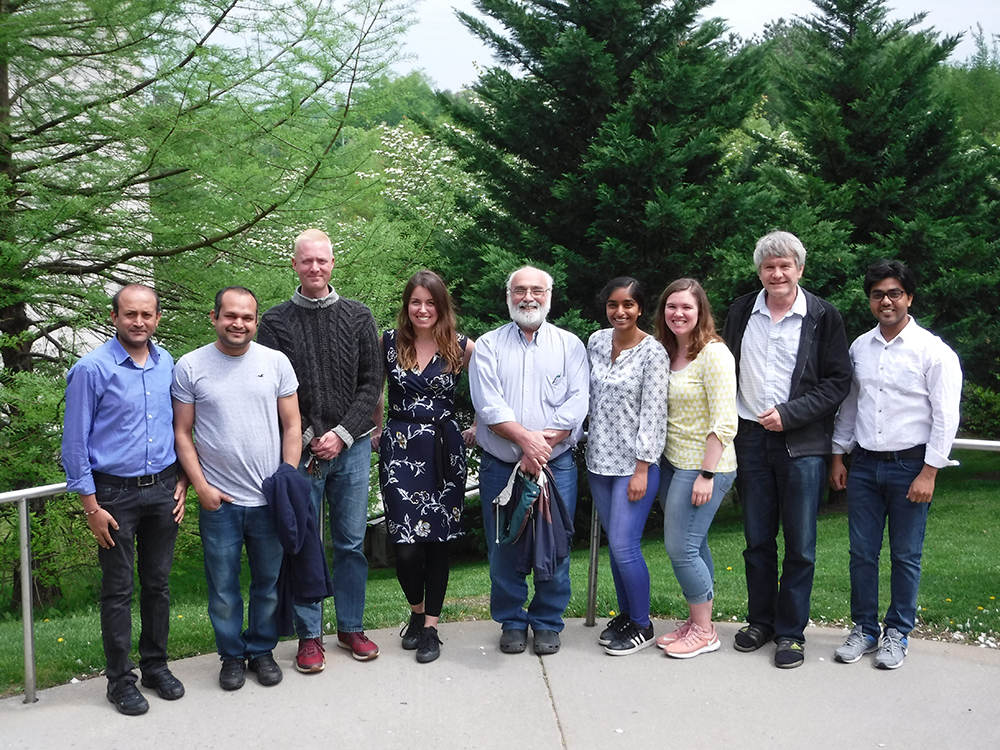 We are a basic research laboratory of Molecular Biology and Genetics that seeks to understand the influences of genetics, biochemistry and cell biology on the metabolism of small nuclear RNAs, tRNAs and messenger RNAs, and how these contribute to growth and development.  Of interest is the human La antigen and La-related protein-4 (LARP4) in their ability to accommodate specific binding to precursor-tRNAs and mRNAs and influence their 3' end metabolism in the nucleus and cytoplasm respectively.  A major interest is in the biogenesis and metabolism of the transfer RNAs, the genetic adapters that translate the genetic code, and the influences of their dynamics on codon bias-driven genetic programs involved in growth and in response to physiologic stress and disease.  An active project is to understand the role of the anticodon loop modification that occurs on a small subset of tRNAs, the enzymes that mediate it, their roles in physiology and the consequences of their dysfunction. One such modification is that mediated by the conserved family of tRNA isopentenylytransferases (IPTases), which in humans is known as TRIT1.  These enzymes add an isopentyl group to the N6 atom of adenosine-37 of a subset of cytosolic and mitochondrial tRNAs that decode codons that begin with U.  Hereditary mutations that impair the tRNA modification activity of TRIT1 lead to neurodevelopmental disorders in children.

Our group also investigates the molecular mechanisms involved in RNA synthesis by RNA polymerase III, which serves as a model system of eukaryotic transcription, as well as the post-transcriptional phase of RNA processing, transcript maturation, degradation and decay.  Pol III subunits C37, C53 are actively under investigation, as is the RNA 3' cleavage factor subunit, C11.  The C37/53 subunit heterodimer functions in transcription termination by controlling dynamics of the 3' end of the DNA:RNA in the polymerase active center.

Transcription termination by pol III is linked to posttranscriptional RNA processing because the mechanism of termination leads to synthesis of 3' oligo-U tracts on nascent transcripts, which serve as a sequence-specific binding site for the La protein.  Thus, another focus is on the process by which a nascent tRNA precursor is converted to a mature functional tRNA.  Our goal is to understand the mechanisms involved in these processes, their regulation, and how they impact upon cell growth in normal and pathological states of cellular proliferation.   Other interests include mRNA metabolism involving LARP4 and its relationship to poly(A) binding protein (PABP) and mRNA poly(A) tail (PAT) homeostasis.  We have shown that LARP4 expression of leads to mRNA PAT lengthening whereas genetic deletion of LARP4 leads to PAT shortening with decreased stability of the mRNAs.

Some methodologies that we developed and/or make regular use of: