To commemorate the 30th anniversary of the first reported cases of AIDS, the NICHD highlights some key moments in pediatric, adolescent, and maternal AIDS research 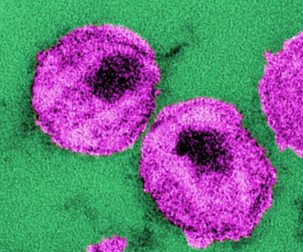 As scientific understanding of the disease and its mechanisms continues to advance, we can find reasons to hope. Where once there were no treatment options, we now have multiple regimens that can help to manage the disease. Where once the disease spread seemingly without boundaries, we now have ways to prevent that spread. Researchers, health care providers, and communities around the world remain dedicated to preventing, treating, managing, and even curing AIDS.

During the last 30 years, the NICHD and its researchers have played important roles in improving the outlook for children, adolescents, women, and mothers who have or are at risk for AIDS. While keeping in mind the many challenges that remain, the NICHD highlights some of the key moments in the history of AIDS/HIV, specifically related to children, adolescents, women, and mothers. No single list of a 30-year span can be all inclusive, but these highlights provide a good overall picture of how far we've come, and how far we still have to go.

Select a period below to view the research highlights for that timeframe.

The Centers for Disease Control and Prevention (CDC) publishes the first reports of AIDS, although identified by another name, in the Morbidity and Mortality Weekly Report ( MMWR). The reports describe cases of Pneumocystis pneumonia and Kaposi's sarcoma in 41 otherwise healthy homosexual men. The reports appear in the June MMWR and July MMWR.

Three notable reports appear in the MMWR. The first describes cases of Pneumocystis pneumonia among patients with hemophilia A . The second details four infants with unexplained cellular immunodeficiency and opportunistic infections similar to those reported in adults. Of the four infants, three were born to mothers with then-identified risk factors for AIDS, while the other received a blood transfusion from a patient with AIDS. The authors note that "transmission of an 'AIDS agent' from mother to child, either in utero or shortly after birth, could account for the early onset of immunodeficiency in these infants." The third describes similar cases of immunodeficiency in patients with hemophilia A, including a 10-year-old boy.

The NICHDestablishes the Mother and Infants Cohort Study (MICS) at five study sites in the New York boroughs of Brooklyn and the Bronx, which had nearly one-half of all perinatally acquired AIDS cases at the time. The study is a collaboration between the NICHD and the National Cancer Institute (NCI). Researchers aim to evaluate factors associated with mother-to-child HIV transmission, how HIV affects pregnancy and pregnancy outcomes, how pregnancy alters the progression of HIV infection, and how it affects infant growth and neurodevelopment.

The U.S. Food and Drug Administration (FDA) approves AZT as the first antiretroviral drug for the treatment for AIDS in adults; use in children is not approved at this time.

The FDA approves the injectable HIV drug enfuvirtide, the first of a new class of antiretrovirals called fusion inhibitors. The drug is approved concurrently for HIV-infected adults and children older than age 6 years, based on studies performed by PACTG.

For more information on NICHD-supported research on HIV/AIDS, select a link below: