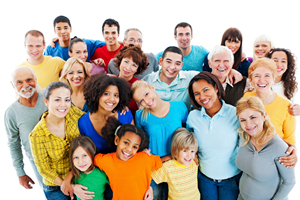 While vastly different in scope and subject matter, these topics do have something in common: they represent important aspects of the research portfolio of the Division of Epidemiology, Statistics, and Prevention Research (DESPR) featured in the its 2012 Annual Report (PDF - 1.24 MB).

The Division’s 2012 Annual Report highlights the extensive and comprehensive work of DESPR investigators and researchers. The report includes current and completed studies conducted by scientists within the Office of the DESPR Director and three Branches—the Biostatistics & Bioinformatics Branch, the Epidemiology Branch, and the Prevention Research Branch—and their collaborators and colleagues at more than a dozen research institutions.

The Division, an important NICHD research component since 1967, conducts studies to identify and address critical data gaps, particularly those relevant to public health and the well-being of vulnerable populations, such as pregnant women, fetuses, children, adolescents, and individuals affected by chronic diseases.

DESPR projects are often large scale and/or long term and are considered somewhat risky because they may use novel research designs or address extremely complex topics. The Division’s high-impact research moves science forward with the goal of improving the health of different populations. For example, the Division implemented a proof-of-concept study focusing on the newly developed “exposome” paradigm, whose aim is to assess the totality of environmental exposures during sensitive windows of human reproduction and development.

“We remain committed to improving the health and well-being of populations,” said Division Director Germaine Buck Louis, Ph.D., M.S. “The impact of our research is far reaching, as we collaborate with the NIH intramural community, U.S. scientists, and researchers across the globe to translate important findings into health improvements.”

Some key findings in the report include the:

Scientists within the Division are also very active authors, with more than 100 scientific papers published in 2012. For their efforts and activities, DESPR staff also received numerous awards and recognition. The Division was very busy in 2012, as noted in their Annual Report, and its efforts are helping to advance science and promote healthier lives.

For more information on DESPR, select one of the links below: