Solving a Puzzle in the Brain 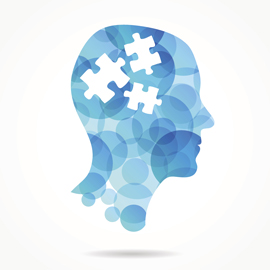 Outside of rare “eureka” moments, breakthroughs usually result from the collective contributions of everyone on a research team, from the tenured senior scientist to the most junior researcher.

Junior researchers—often students in college, graduate school, medical school, or even high school—come to the NICHD and other NIH Institutes through programs such as the NIH Summer Internship Program and the NIH Postbaccalaureate Programs. These programs provide critical opportunities for students and new investigators to learn about research, research careers, and research institutions.

They also get to contribute to science, sometimes in new and exciting ways.

Such was the case in the NICHD’s Section on Cellular and Synaptic Physiology, headed by Chris McBain, Ph.D. In his neuroscience lab, within the NICHD’s Division of Intramural Research (DIR), the experiments of junior researchers provided key pieces of a big puzzle: They revealed a new type of brain cell. Select a link to learn more.

Laying the Groundwork for Discovery 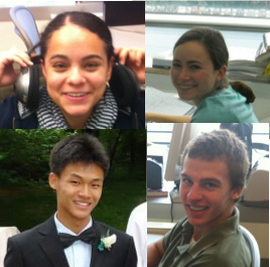 In 2009, the staff scientists in Dr. McBain’s lab made a strange, chance observation: A strain of mutant mice had a type of brain cell the animals shouldn’t have. Intrigued, the staff designed a series of small experiments to look more closely at these cells, called oriens-lacunosum moleculare (O-LM) interneurons. Then, they called on four junior researchers to conduct these experiments in the lab. Over the next 4 years, these junior researchers investigated the activity and development of the O-LM cells.

The unique cells at the center of the experiments were actually discovered 20 years earlier by Dr. McBain when he was a postdoctoral scientist. Previous research by McBain and others had shown that O-LM interneurons played a role in the activity of the hippocampus, a section of the brain that is crucial for learning and memory. Specifically, the work showed that O-LM inhibitory neurons used or responded to two types of chemicals, known as neurotransmitters, that helped control brain signals passing through the hippocampus and from other parts of the brain. Dr. McBain’s lab focuses on the development and maturation of circuits in the brain, including the control of the circuits’ activity by interneurons such as O-LMs.

Neither Dr. McBain nor others in his field had reason to think that there was any other type of O‑LM interneuron than the type he had known for the past 20 years—until the experiments conducted by his junior researchers and other lab members showed him otherwise.

“It was like a jigsaw puzzle,” said Dr. McBain. “Each of them contributed a unique piece, and only when we saw it all together did we realize what we had.”

The junior investigators uncovered a subset of O-LM cells that “switched on” in response to another neurotransmitter, serotonin.

“They made the observation that what we had was actually not one but two distinct types of O-LM interneurons, with identical anatomies, but with distinct functions, and arising through different developmental pathways,” said Dr. McBain. “These differences indicated that although the two cell types occupy similar positions within the hippocampal architecture, they have unique roles to play.”

The entire lab group—including junior researchers who participated when they were in high school or college—published their findings in the November 2013 issue of the journal Nature Neuroscience, no small accomplishment for even seasoned investigators.

“The groundwork they laid was the single most important part of this discovery,” said Dr. McBain.

For several of these junior researchers, the discoveries they made in the McBain lab served as a foundation for future studies in neuroscience.

When Carla M. Lopez came to the McBain lab in August of 2011, she had a baccalaureate degree and an excitement about contributing to science. Under the mentorship of NICHD staff scientist Ken Pelkey, Ph.D., and through the NICHD Scholars and NIH Academy programs, Ms. Lopez spent 2 years contributing to the lab’s research. Now a first-year student at the Yale School of Medicine, Ms. Lopez plans to continue conducting neuroscience research and looks forward to a career as a physician-scientist and mentor.

“I am still awed by how fortunate I was to be allowed to play such a meaningful role in the journey toward scientific discovery,” said Ms. Lopez. “I will forever be grateful for the invaluable mentorship I received in the McBain lab and the wealth of opportunities provided by the NICHD.”

Barry Liang was still a high school student when he arrived in 2012 to spend his first of two summers working in Dr. McBain’s lab. His goal was to gain laboratory experience and to learn more about neuroscience, a field whose many unknowns excited him. Mr. Liang’s main role on the O-LM project was to analyze the structure of interneurons after they were imaged.

“The McBain lab inspired me to learn more about neuroscience,” said Mr. Liang, who is now studying biochemistry and physics at St. Mary’s College of Maryland and is planning a career as a researcher.

A Rich Environment for Neuroscience

DIR neuroscientists like Dr. McBain and his laboratory team—senior and junior investigators alike—study the basic processes of the brain to advance our understanding of brain development and disorders, treatments for brain disorders, and other areas that improve the health and functioning of our brains throughout the lifespan. Within the context of this work and its impact, there are no junior contributions.