This program focuses on understanding how biophysical forces and mechano-transduction contribute to morphogenetic events regulating embryonic development and patterning.

It is now well recognized that genetic control of morphogenesis is intimately associated with biophysical and biomechanical processes to specify final shape and architecture of an organ and/or an entire organism. The regulated gene expression determines the chemical environment of cells and tissues and thereby regulates biophysical processes. In turn, changes in physical forces feedback to regulate gene function and cell fate.

Advancing knowledge in the physical aspects of development will provide a broader view on how the genome of multicellular organisms functions in association with physical forces to specify the final shape and architecture of an organ and/or an entire organism. Furthermore, morphogenesis occurs through the interaction between multiple tissue layers and the traditional cell culture models may not be the best approach to addressing the contribution of mechanical forces in directing embryonic development.

Consequently, to better understand the role of the physical and mechanical forces exerted during development, DBSVB has developed this new program area focusing on the biomechanics of morphogenesis in vivo.

This program identifies and characterizes the genes, genetic networks, and epigenetic factors that control developmental processes to understand how alterations in them lead to structural birth defects.

This program supports research seeking to identify and understand the operation of genes that control the processes of embryogenesis, pattern formation, determination, and differentiation. These genes operate in normal development and also form the genetic underpinnings of human structural birth defects. Projects funded under this program use a variety of modern genetic and genomic approaches to identify new genes involved in developmental processes as well as genes responsible for known human structural birth defects. Also funded by this program are efforts to understand the molecular mechanistic roles of known developmentally important genes. In support of developmental genetics and genomics research, the program also funds bioinformatics resources, development of new genetic tools, and training efforts.

The work supported by the developmental genetics portfolio utilizes a variety of experimental animal models as well as comparative approaches to human genomics to study fundamental processes with important medical ramifications. For example, identification of genetic anomalies responsible for human birth defects provides a basis for a mechanistic understanding of the defect, markers for diagnostic technologies, as well as a foundation for engineering animal models for preclinical studies.

The experimental techniques and fundamental knowledge pursued in these studies will provide both the intellectual and technological substrates for development of future clinical advances.

This program seeks to better understand the mechanisms controlling the early pattern of the developing nervous system and the processes of neurogenesis, axonal guidance, and neural crest differentiation.

Supporting basic research that contributes to our understanding of how the nervous system develops under both normal and abnormal conditions is this program’s major focus. Many structural neurological birth defects are caused by problems during early neural development. Formation of the nervous system begins shortly after gastrulation, when the cells of the dorsal ectoderm are induced by the underlying mesoderm to become the neural plate that extends the length of the embryo. From this very simple neural plate, convergence and extension morphogenetic activities begin a process that ultimately results in a highly stereotyped, complex, and integrated nervous system. During neurulation, the neural tube is formed, and the embryonic nervous system is patterned along the three major axes. Neural progenitor cells and their offspring derive positional information from within these boundaries; neurons and glia are generated, and acquire specific cell fates. The diversity of cell types that make up the adult system is generated from this undifferentiated neuroepithelium. These new cells migrate to specific positions within the developing nervous system and send out processes to specific targets. Once specific patterns of connectivity are generated, synapses are formed, and hormonal and trophic factors influence the survival, differentiation and selective elimination of these connections.

Goals are to understand the mechanisms that control nervous system formation—that is, to:

While embryonic development of the nervous system remains a complex process, recent advances in genetics, genomics, and proteomics now allow for a more in-depth analysis of the processes underlying its development. In addition, genes, genetic networks, and the timing of their activation and inactivation are also conserved, in large part, across species, making it possible to predict some of the underlying mechanisms of human development based on studies that use animal models. With newly developed tools, investigators are now better able to examine the underlying mechanisms of neural development and are learning that similar developmental strategies are used multiple times during nervous system development.

This program focuses on explaining the cellular and molecular mechanisms directing the zygote to establish the embryonic plan for developing a complex, multicellular organism.

The program supports research that elucidates the molecular, cellular, and physical mechanisms that transform the fertilized egg cell into an embryo with defined axes, primary germ layers, and organ primordia. The mechanisms involved in this transformation operate when the embryo consists of only hundreds or thousands of cells. They rely on precisely regulated spatiotemporal expression/activation of growth factors, their receptors and intracellular signaling pathways. These mechanisms affect the target cells by activating specific sets of genes that control not only cellular properties but also physical environments of cells. When these mechanisms operate normally, proper execution of early morphogenetic processes, the organized spatial distribution and differentiation of target cells, leads to the formation of appropriate tissues and organ primordia. When these mechanisms are altered, early developmental events are perturbed. Because these events establish the embryo’s global pattern, slight alterations in them usually lead to embryonic lethality.

The program supports research in animal models (invertebrate and vertebrate) and cell-based studies in vitro to understand basic developmental processes. The focus of this program is to support projects that examine the cellular events that produce the embryo’s first pattern and identify and characterize the genes and factors that control these developmental mechanisms. Developmental events supported by this program include specifications of the embryonic axes, germ layers, and progenitor cells; cell type differentiation; and the cell migrations that occur prior to and during gastrulation. Central to these are molecular and cellular mechanisms that operate in the three-dimensional environment of the embryo and regulate cell-cell signaling, intracellular signal transduction, and cell-matrix interactions, the processes that determine cell morphology, migration, and positioning. These events create an embryo with an axial pattern and with correctly positioned organ primordia. When they occur correctly, the embryo can proceed to the next stage of its development, organogenesis.

This program determines the mechanisms underlying the normal development of organ primordia against which aberrations of these processes can be better understood.

The program supports research in several areas including limb development and the establishment of the heart, lung, pituitary, kidney, pancreas, and gut. Decades of basic research have revealed striking genetic similarities during organogenesis in animal model systems as diverse as Drosophila, chick, mouse, Xenopus, and zebrafish. Over the past decade, the ability to detect spatial and temporal patterns of gene expression and to test gene function by targeted disruption or misexpression of specific genes has enhanced our understanding of the roles of genes during the development of organs and organ systems. Events like specification of organ primordia, inductive signaling, outgrowth, and patterning are routinely investigated at the level of molecular genetic mechanisms. An emergent theme from these studies is the conserved role of growth factors, signaling molecules, and signaling pathways across vastly different animal species and organs. An outstanding question being addressed more recently relates to how these genetic processes are linked to tissue level organization and key cellular processes in order to modulate morphogenesis.

This work is truly expanding our conceptual framework for understanding morphogenesis and has implications for the translation of basic research findings to the clinical setting potentially improving diagnosis, clinical management, and therapeutics of structural birth defects.

Regeneration refers to the ability of an animal to re-grow damaged or missing tissues, organs, or body parts. Regenerative capacity differs greatly across organs and organisms, with some able to regenerate whole organs and others not, but the capacity is reduced significantly in more complex animals. A range of model systems exists that use different regenerative strategies. These model organisms offer different technical advantages to understand regeneration.

Regeneration of complex structures after injury requires dramatic changes in cellular behavior such as cell adhesion/de-adhesion, migration, proliferation, differentiation and apoptosis to accomplish the two major steps: wound healing and tissue regeneration. The newly regenerated tissues must integrate polarity and positional identity cues with preexisting body structures. DBSVB supports research aimed at understanding the cellular events underlying a successful regeneration process. The goal is to identify distinct steps regulating tissue regeneration in model organisms as well as to promote in-depth comparative analyses of the regeneration processes in closely-related regenerating and non-regenerating model organisms. Research in these areas will help determine the ultimate and proximal causes of regeneration loss in higher organisms and drive future efforts of regenerative medicine.

The primary focus of the stem cell portfolio is to promote in vivo studies of stem cells in animal models to better understand how stem cells function within developing tissues during normal and abnormal embryonic development. In our view, this is the important first step for successful transition of stem cell research into clinical applications for structural birth defects. The areas of emphasis would include systematically profiling and cataloging changes at genetic and epigenetic levels that take place in: embryonic stem cells (ESCs) during the specification of embryonic lineages, progenitor cells, and subsequent specification into specialized cell types; adult stem cells/progenitor cells during tissue regeneration and wound healing; and integration of induced pluripotent stem cells (iPSCs) in the host tissue during stem cell therapy. Understanding the basic mechanisms and knowledge-based approaches would allow researchers to generate iPSCs more closely related to the ESCs at both genetic and epigenetic levels. Furthermore, it is expected that replicating developmental mechanisms would ameliorate the safety concerns associated with stem cell therapies. This bottom-up approach would be instrumental in inventing rapid and efficient methods for generating patient-specific iPSCs for clinical use.

This program links isolated molecular and mechanistic descriptions of developmental processes into a foundational framework allowing important causal relationships to be identified and predictively understood.

A major area of emphasis for DBSVB is systems developmental biology because it offers an opportunity to provide a more holistic approach to understanding embryonic development with the goal of assimilating many levels of genomic, biochemical, and biophysical information into computational models of developmental processes that are quantitative, predictive, and experimentally verifiable. Such network models for embryonic development offer the potential to link isolated molecular and mechanistic descriptions of developmental processes into a foundational framework allowing important causal relationships to be identified and predictively understood. 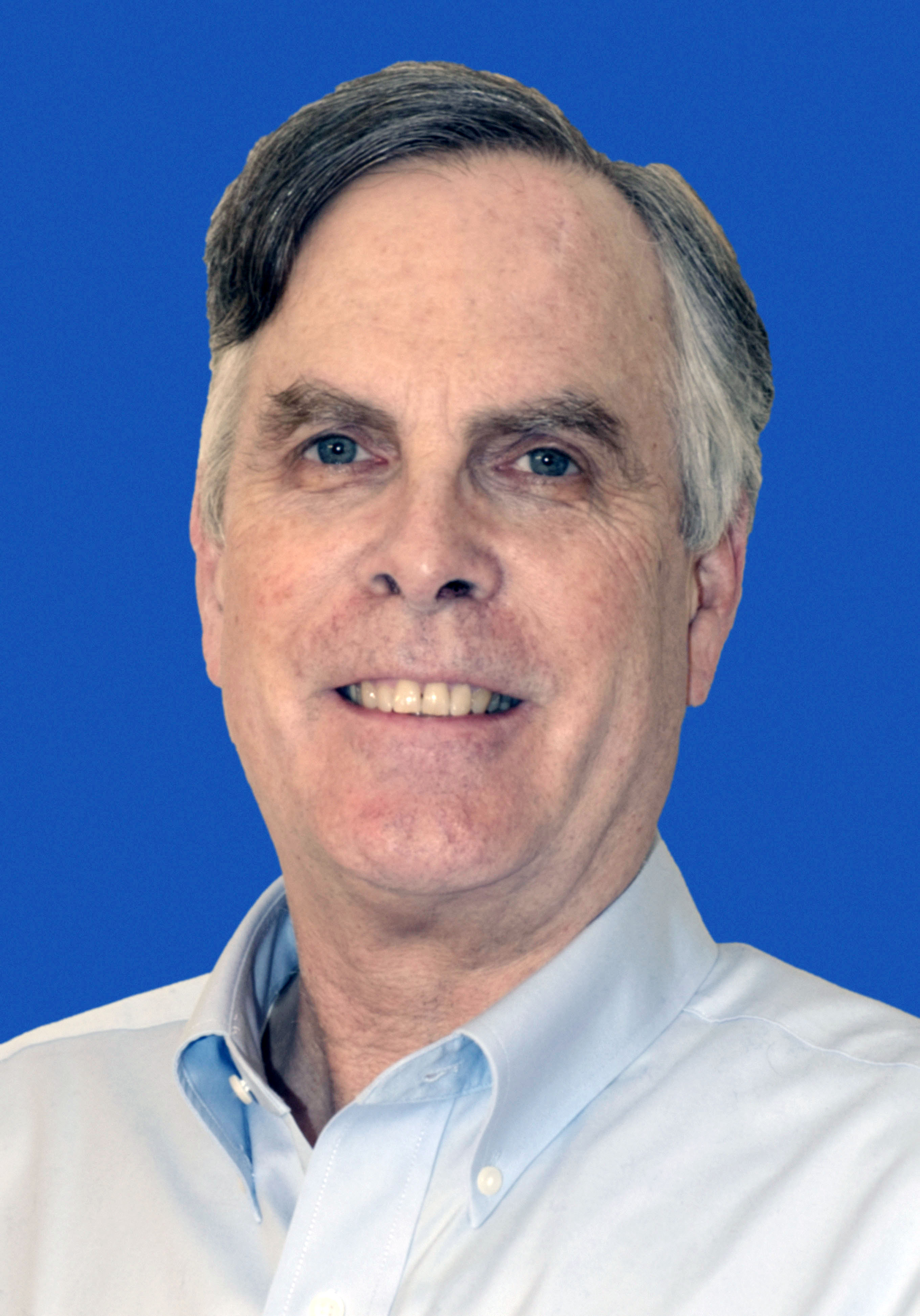