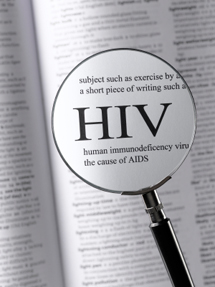 In June, the world marked the 30th anniversary of the first case of what is now known as AIDS. The NICHD Spotlight, 30 Years of Milestones, highlighted some of the key moments in pediatric, adolescent, and maternal AIDS research.

Briefly, the recent research findings related to pediatric, adolescent, and maternal HIV/AIDS include the following:

Side Effects of Drug Therapies Among HIV-infected Children

For children living with HIV infection, antiretroviral drug therapy is critical for health and survival. However, these drugs also carry their own side effects, some of them serious. One of these side effects—high cholesterol (also called hypercholesterolemia)—can lead to long-term risk of cardiovascular disease for these children as they grow into adulthood. Having high cholesterol levels for long periods of time during childhood greatly increases the risk for cardiovascular disease later in life.

To better understand this problem, researchers co-funded by the NICHD sought to establish the prevalence, incidence, clinical course, and management of high cholesterol in more than 2,500 HIV-infected children. Of these children, 14 percent had high cholesterol.

During the 2 years of follow-up, cholesterol levels in most children did not decrease. Antiretroviral drug regimen changes were made for 27 percent of the children in the study with high cholesterol, and only a few included drug changes that were shown to reduce cholesterol in clinical trials of HIV-infected adults, a situation that could reflect the fewer antiretroviral drug choices available for HIV-infected children compared to adults. In addition, very few children received cholesterol-lowering drugs to normalize their cholesterol levels, even though it is one of the standard ways to manage high cholesterol in adults.

The study findings highlight the need to establish guidelines aimed specifically at treating high cholesterol in children with HIV to decrease their cardiovascular risks as early as possible. For more information, visit http://www.ncbi.nlm.nih.gov/pubmed/21602698.

New Tests for Diagnosis of Tuberculosis (TB) in Children

Because HIV infection affects the immune system, individuals infected with HIV are more likely to get other serious infections than are individuals who are not infected with HIV. TB is a leading cause of death in HIV-infected adults and children, particularly in developing countries, but, if detected early, TB can be successfully treated, even in the presence of HIV/AIDS.

TB is particularly hard to diagnose in children because providers must usually rely on clinical symptoms and chest x-rays. But providers can now use a new molecular assay—called Xpert MTB/RIF—to detect TB infection and the presence of anti-TB drug resistance simultaneously.

The Xpert assay was recommended by the World Health Organization (WHO) in 2010 as a new initial test for identifying suspected multidrug-resistant or HIV-associated TB in adults. However, the test had not been evaluated in children, and existing TB guidelines for children did not include any information about the Xpert test.

Recently published findings from an NICHD study, the first evaluation of the test in children, confirmed its use for diagnosing TB in children and youth. The assay provided consistently accurate results and provided them in much less time than did standard culture (median 1 day compared to median 12 days). Thus, the Xpert assay has promise as a first-line diagnostic test for children and youth with suspected TB, as is currently recommended for adults. For more information, visit http://www.ncbi.nlm.nih.gov/pubmed/21764384.

HIV in Adolescents and Young Adults

Data show that about one-third to one-half of new HIV infections in the United States occur in adolescents and young adults, roughly defined as those 12 to 24 years old. Finding effective and efficient ways to reduce new HIV infections is critical to the nation's future and future health.

The NICHD's Adolescent Medicine Trials Network for HIV/AIDS Interventions (ATN) is the only national, multicenter research network devoted to the health and well-being of HIV-infected and at-risk adolescents and young adults. By combining the strengths of academic medicine with those of community-based health care, this unique network addresses three primary areas: therapeutics, behavioral change, and community prevention.

In June 2009, the ATN began a collaboration with the Centers for Disease Control and Prevention (CDC) called Strategic Multisite Initiative for the Identification, Linkage and Engagement in Care of Youth with Undiagnosed HIV Infection ( SMILE in CARING for YO UT H). The new program builds on linking the existing ATN research and treatment network with CDC-funded HIV counseling and testing programs that reach out to adolescents and young adults (ages 12 to 24 years) who at high risk for HIV to diagnose those who are unaware that they are HIV infected. The new program will evaluate and improve on methods that successfully link HIV-infected youth with treatment and that encourage them to remain in treatment. Youth participating in the program will also be able to participate in research studies of new HIV treatments.

The counseling and testing activities are funded by the CDC through HIV prevention grants to state and local health departments, which implement programs to identify HIV-infected persons who are not aware of their infection. The new linkage program is administered by the NICHD through the ATN. The program includes 15 clinical sites around the country, each part of the ATN. Local clinics, hospitals, and health departments funded by the CDC will provide HIV screening. The ATN clinical sites will then ensure that those who test positive are linked to and receive treatment and care.

By studying its own challenges and successes, the program could lead to better methods of diagnosing youth, referring them for treatment, and ensuring that they remain motivated enough to continue treatment. This collaboration also allows the ATN to get much-needed services and outreach to at-risk teens and young adults to help prevent new HIV infections. For more information on the ATN, visit http://www.nichd.nih.gov/research/supported/Pages/atn.aspx.

Women of reproductive age are the largest group of HIV-infected individuals in sub-Saharan Africa, a part of the world with some of the highest rates of HIV/AIDS. Some studies have suggested that pregnant women may be more likely than nonpregnant women to become HIV infected.

Becoming HIV infected —called getting acute or primary HIV infection—during pregnancy may be particularly risky in terms of transmitting HIV to the infant. During acute HIV infection, HIV viral load is often very high; because high viral load is one of the factors most strongly associated with mother-to-child transmission of HIV, it was thought that becoming HIV infected just before getting pregnant or during pregnancy might be associated with an increased risk of transmitting HIV to the fetus.

In an NICHD-funded study in Malawi, blood samples from 2,561 HIV-infected pregnant women were evaluated using a multi-test algorithm with two different HIV-antibody assays, CD4 cell count, and viral load to determine if HIV infection was recent (occurred within 180 days of the test) compared with long-established HIV infection. Research identified 73 women who were recently infected with HIV. Among those identified as recently infected, the frequency of mother-to-child transmission during pregnancy ( in utero) was 17.8 percent, compared with 6.7 percent among HIV-infected women identified as not recently infected. This study suggests that women who acquire HIV near the onset of pregnancy or during pregnancy have significantly higher risk of transmitting HIV to their infants in utero than do women with chronic HIV infection.

These results emphasize that preventing HIV infection during pregnancy is a critical step in preventing mother-to-child HIV transmission and in reducing the global epidemic of pediatric HIV/AIDS. For more information, visit http://www.ncbi.nlm.nih.gov/pubmed/21572305.

Breastfeeding and Health Outcomes in HIV-Exposed but Uninfected Infants

Although breastfeeding is a cornerstone of infant survival in developing countries, it can also transmit HIV from mother to infant. The most effective way to eliminate this type of transmission is to use formula instead of breastfeeding, but this approach is neither safe nor feasible for most HIV-infected women in resource-limited settings because of cost, unsafe water supply, and low cultural acceptance of formula feeding. Infants who are not breastfed also miss out on the essential nutrition and immunologic defenses in breastmilk that are crucial for infant survival. In addition, previous studies have shown that using formula and early weaning (when the infant is between 4 and 6 months of age) from breastfeeding are associated with poor infant health outcomes.

The Post-Exposure Prophylaxis of the Infant (PEPI)-Malawi trial was a clinical trial funded by NICHD and CDC that enrolled breastfeeding infants born to women in Malawi who were diagnosed with HIV during labor or immediately after giving birth. The study found that giving infants 14 weeks of one or two antiretroviral drugs during breastfeeding markedly reduced the risk of breastmilk HIV transmission while the drugs were given. When the study began, the WHO advised that women with HIV infection who breastfed their infants should stop breastfeeding when the infant was about 6 months old. Therefore, in the PEPI-Malawi trial, women were counseled to stop breastfeeding by the time their infants reached 6 months of age; but many women in the trial continued to breastfeed until their infant was 12 months old and beyond. This allowed NICHD-funded investigators in Malawi to examine the effect of breastfeeding duration on outcomes of infants enrolled in the trial who were uninfected with HIV. They specifically evaluated breastfeeding stoppage and the risk of gastroenteritis, malnutrition, hospitalization, and death in the more than 1,700 uninfected infants whose HIV-infected mothers participated in the PEPI-Malawi trial.

recommendation that HIV-infected mothers who breastfeed should continue breastfeeding until the infant is 12 months old, and that either they or their infants should receive antiretroviral drugs during breastfeeding to prevent HIV transmission. For more information, visit http://www.ncbi.nlm.nih.gov/pubmed/21810754.

For more information on NICHD-supported research on HIV/AIDS, select a link below: