Studying the Growing Brain: A Q&A on the C-MIND Study 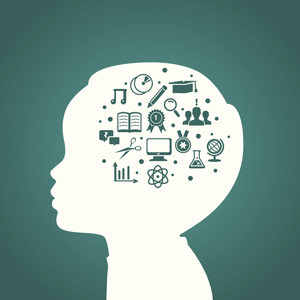 was launched in 2009 to establish a new resource for the research community: a database of scans showing the structure and activity of the growing brain. C-MIND has taken an unprecedented look at what’s going on inside the heads of hundreds of kids from ages 0 to 18.

Now researchers are using the dataset to understand more about children’s brains—both in typically developing children like those who took part in the study and in children whose brains may be following a different path. We asked two of the study’s principal investigators, Scott Holland, Ph.D., and Jennifer Vannest, Ph.D., of Cincinnati Children’s Research Foundation, to tell us more about C-MIND.

What is the C-MIND study?

at Cincinnati Children’s Research Foundation in collaboration with partners in California, Michigan, and Pennsylvania.

Researchers in the network have scanned the brains of more than 200 typically developing children and have also collected long-term data from 40 children ages 0 to 3 and 30 children ages 7 to 9.

The researchers are now using the data to look at how children’s brains change as they grow up and how those changes may be related to the children’s behavior. The data are also available to researchers throughout the world through the C-MIND database

How did this study come about?

NICHD identified a need to know more about how the brain develops in typically developing children, and how children’s behavior relates to the functioning of their brain. The network was created to fill this need. We were particularly interested in the parts of the brain that handle language.

One of our goals was to create standardized protocols that other researchers can use to recruit children for brain studies, scan their brains, and process the data from the scans. The main scans we perform are blood-oxygen-level-dependent functional magnetic resonance imaging (BOLD fMRI) and arterial spin labeling (ASL). These are ways of estimating brain activity by measuring blood flow. We have developed standardized methods and software to do those tests.

How did you find children to participate?

We recruited our study participants by placing fliers around the community—here at Cincinnati Children’s Hospital and in clinics and events that Cincinnati Children’s is involved in across our region. We advertised widely in an effort to recruit a group of children who reflect the diversity of the greater Cincinnati area. Similarly, at our University of California, Los Angeles (UCLA) site, children were recruited via community advertising. After families contacted us, they participated in a screening call to determine their eligibility for the study.

What kinds of scans did you do and why?

In addition to collecting demographic, family history, and other data on all the children in the study, we collected data on each child’s brain. That included imaging of the structure of the brain and the structure of just the white matter, which is the tissue in the brain that includes the nerves. We also did the ASL and BOLD fMRI scans that measure blood in the brain. These all give us information on how the brain is growing and how it works.

Much of this data is compatible with the Human Connectome Project

, which is mapping the adult human brain. The similarities will make it possible to study data from children and adults together, to look at how brain structure may grow and develop over the lifespan.

What is the experience like for the kids? Are there adaptations to the imaging process that make it more kid-friendly?

Every step of our study was designed to make participating in an imaging study comfortable and kid-friendly. Most important, we wanted all of our families to have as much information as possible in advance about what their experience would be like. To help with this, we created three introductory videos: one for young children, one for older children, and one for parents. These videos can be viewed on our study website and were mailed on DVD to families before their first study visit.

Then, on the day of the scan, children would meet a member of the study staff who acted as a “buddy” to guide them through every step of their visit and help them feel comfortable from the time they arrived. Once in the scanner room, which has kid-friendly decorations, we allowed children, especially those under age 7, some extra time to explore the scanner. Our study staff allowed the children to raise and lower the scanner bed, talk on the intercom system, and even crawl through the scanner tube. This helped them to feel more safe and comfortable in this unfamiliar environment, and their buddy stayed with them at every step.

After this introduction by video and in person, most kids felt comfortable moving forward with scanning. For much of the scan, they could watch a movie of their choice and listen to it over headphones, which helped them to relax and keep still.

While most children were very comfortable with the scanning process, we found that children younger than age 7 would begin to get restless after about 30 minutes. Still, over 70% could complete the first 30 minutes, and more than half completed the entire 45-minute scan session.

For infants, who are scanned during natural sleep, we used a different process. After screening, we mailed families a CD of all of the scanner noise and asked them to play it for the infant, gradually increasing the volume at bedtime for at least 10 days before coming in for their scan. We also provided each family with a set of soft earmuffs to place over the infant’s ears when using the CD. This desensitization process helped infants get accustomed to sleeping through the scanner noise, as well as the feeling of wearing headphones. Scans were scheduled at the infant’s typical bedtime, usually around 9 p.m., and the scanner environment was kept dark and quiet so that the infant could fall soundly asleep. Every step in the set-up of the scan was done very slowly—placing the infant on the scanner bed, positioning the headphones, and positioning the infant in the scanner—so that the infant could return to sound sleep between every step. While many infants were still awakened by scanner noise, about 50% were able to sleep through a scan session.

We have published a description of these methods.

What are some interesting findings from C-MIND?

A number of new discoveries have emerged directly from the C-MIND data. The unique ASL/BOLD fMRI method and pulse sequence has been patented—U.S. Patent 8791699, issued July 14, 2014—and are available for Philips and Siemens MRI scanners. Using this method, we have discovered that age influences the results of the BOLD fMRI, a discovery that could affect the validity of past research that used BOLD fMRI to study how the brain changes as children grow.

We have used the C-MIND data to map how key MRI parameters change over time as the brain develops. Researchers who use MRI to study brain development can use these data as a reference.

We also have begun to examine relationships between brain and behavior, in particular in the preschool years. These years are a time of rapid language development and vocabulary growth. However, the brain network that supports language function has hardly been explored in children under 5.

Using the C-MIND database, we examined how fMRI data correlated with vocabulary and story comprehension in 30 preschool children ages 3 to 5. When preschoolers listened to stories, the children with higher vocabulary scores showed more activity in the left hemisphere of the brain and greater activation in the left angular gyrus, a part of the language network in the left hemisphere that is found in older children and adults. These results suggest that preschoolers with a larger vocabulary have a more mature language network at this early age. Interestingly, boys showed greater brain activation than girls in regions related to attention, suggesting that boys needed to recruit more attention-related resources to understand a story.

How can neuroscience researchers build on or use information from the study?

Another study evaluated how being exposed to reading at home affects the development of language circuitry in the brain. For 19 children from the C-MIND database who were 3 to 5 years old, reading with parents during early childhood was associated with increased activation of brain areas that are involved with visual imagery and connecting words to meanings.