NICHD, other agencies and organizations raise awareness about child abuse and neglect and support efforts to understand effects 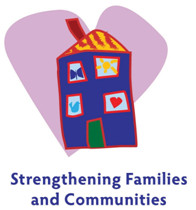 According to the U.S. Department of Health and Human Services (DHHS)1, more than 1.25 million children in the United States experiences maltreatment between 2005 and 2006—a figure which corresponds to one child in every 58. A large percentage were abused, while the majority were neglected.

Over the years, programs and attempts to address child abuse and neglect have seen some successes, but the commonplace nature of these issues remains troubling. Each April, the Children's Bureau within the DHHS Administration for Children and Families, promotes National Child Abuse Prevention Month to refocus the country's energy on reducing child abuse and neglect and ensuring the well-being of all children. You can read the President's Proclamation about National Child Abuse Prevention Month.

The NICHD—through its Child Development and Behavior Branch (CDBB) —augments awareness efforts by supporting research projects to better understand the short- and long-term impacts of child abuse and neglect.

Observed every April since 1984, National Child Abuse Prevention Month aims to raise awareness about child abuse and neglect and encourages individuals and communities to provide for children and families. The Children's Bureau leads activities for the Month, including the release of updated statistics about child abuse and neglect, candlelight vigils, and fundraisers to support prevention activities and treatment for victims. The Bureau also sponsors a "Blue Ribbon Campaign," in which people wear blue ribbons in memory of children who have died from abuse, or in honor of individuals and organizations that have taken important steps to prevent child abuse and neglect. The theme of this year's Prevention Month is Strengthening Families and Communities and features a Resource Guide for providers at https://www.childwelfare.gov/pubPDFs/2011guide.pdf (PDF - 2.57 MB).

Through the Social and Affective Development/Child Maltreatment and Violence Program in the CDB Branch, the NICHD is actively involved in trans-NIH and trans-agency efforts to advance the science of child abuse and neglect.

"We need to understand the causes and consequences of child abuse and neglect, including exposure to violence," said Valerie Maholmes, Ph.D., C.A.S., director of the Social and Affective Development/Child Maltreatment and Violence Program. "To mediate the effects of this maltreatment, we need to understand more than the physical and emotional experiences to address issues related to public health, justice, social services, and educational problems."

Dr. Maholmes co-chairs the NIH Child Abuse and Neglect Working Group, which coordinates and reports on NIH efforts, accomplishments, and future plans for research on child abuse and neglect. Through Dr. Maholmes' Program, the Institute also supports the continuance of the Children's Bureau's Fourth National Incidence Study of Child Abuse and Neglect (NIS-4) by funding supplemental studies to understand the definitions of and standards for reporting child abuse and neglect used by reporting entities.

The Program also supports research on children exposed to violence, including political violence, to understand not only the effects of such experiences, but also the processes of this violence. Bullying, which has received increased media attention recently because of bullying related injuries and deaths, is also a focus of Program activities. In addition, the Program supports projects on bullying and its relationship to child maltreatment and exposure to violence. Such projects would also include studies about any possible buffers against bullying or other types of violence.

As people around the world strive to protect children from abuse and neglect, the NICHD and other organizations and agencies seek to understand the processes that lead to abuse and neglect and the ways to reduce the impact of these experiences.

For more information about child abuse and neglect and National Child Abuse Prevention Month, please visit one of the following sites: