Today’s Research on Medicines for Children Offers Hope for Tomorrow 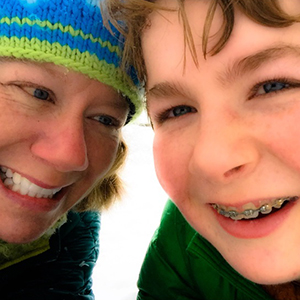 Only 25 years ago, it was rare to find drug labels with dispensing information specific to children. That’s because pharmaceutical companies rarely, if ever, conducted the research necessary to develop such instructions. As a result, health care providers often gave children smaller doses of adult medicines, without evidence of how exactly the children would react.

For the past 20 years, the Eunice Kennedy Shriver National Institute of Child Health and Human Development (NICHD) has led a nationwide initiative to include infants, children, and adolescents in drug research studies. The initiative largely focuses on defining how drugs approved for adult use can be used to treat children appropriately. Such research ensures that doctors get reliable guidance when prescribing medications for children and offers hope for parents of sick children. In addition, pediatric drug research sometimes offers options for conditions that affect children uniquely or where no equivalent drug for adults exists. Learn about the experiences of two families involved in NICHD-supported pediatric pharmacology research.

For some parents, deciding whether to join a study for a medicine under development is easy. They already know the quality of life that their child can expect with a chronic disease. This was the case for Dan and Tina Carson. Their son Mark has Duchenne muscular dystrophy (DMD), a disease that weakens muscles, leading to progressive loss of muscle mass, strength, and ultimately movement. DMD affects boys primarily. Most die before the age of 30 from lung complications, heart trouble, or infection.

“We know where our son is now, and we know where the disease is going,” said Dan. The Carsons recently decided to enroll Mark in a research study to test a new treatment for DMD. “We have concerns, of course, but we know that the treatment our son is getting may help him gain strength. That would be exciting, but we would be happy to just have him maintain the strength he has.”

Hope for a Challenging Disease 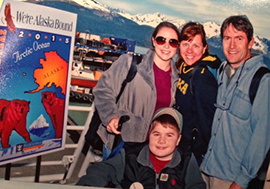 DMD is caused by a mutation in the gene that makes dystrophin, an essential protein that helps strengthen muscle fibers and protects them from injury. Kids with DMD no longer produce dystrophin. The disease usually appears in boys between ages 3 and 5 and progresses rapidly.

Until recently, people with DMD often had no hope of walking beyond their teen years or of survival into middle age. But this bleak outlook is changing thanks to a new treatment called exon skipping, which enables cells to “skip over” the mutated gene. With muscular dystrophy, the gene mutation disrupts the cell’s ability to “read” the genetic code beyond the point where the error occurs. By skipping over the gene in which the error occurs, the body can continue to produce dystrophin. NICHD-funded research on animals with a type of DMD similar to that of humans showed that the exon-skipping drug, called morpholino, successfully restored production of dystrophin. Several clinical trials are now underway involving boys with DMD.

“Our research thus far on animal models suggests that this medicine may be the best method to produce dystrophin, but measuring the success was a challenge until recently,” said Eric Hoffman, Ph.D., director of the Center for Genetic Medicine Research at the Children’s Research Institute in Washington, DC, which leads research funded in part by NICHD and the Foundation to Eradicate Duchenne

. “It might take a child a few years to walk or run faster, and you may not know how much of that success is due to physical therapy, support from family, or other factors. Over time, we hope that blood tests will show that the muscles are healing themselves as a result of the dystrophin production.”

Noreen O’Brien, whose son Liam also has DMD, followed the first clinical trial and enrolled her son as soon as she could. “When you have a child with this type of disease, you want to do everything you can to help him,” she said. Liam, at 16, is still able to walk, and Noreen hopes that the morpholino drug will help her son maintain his current strength. “The safety of the drug really drove our decision. We saw how safe it was in an earlier trial and thought it would be safe for our son. But we also went into it thinking, ‘If this drug enables him to walk into college instead of rolling into college in a wheelchair, then it’s worth it for us to find out.’”

Since enrolling Liam in the trial in January 2015, Noreen has seen some small changes. Liam feels he can walk farther, and Noreen believes he has more stamina than before. But she also knows that it may take years to see any real results.

"We are grateful to be a part of the clinical trial....With this disease, you don't know how fast it will progress. It's very scary, but now we have some hope."

Mark Carson only recently started the trial. “We are grateful to be a part of the clinical trial,” said Dan. “We believe that exon skipping can help Mark and would travel any distance to be a part of this trial. With this disease, you don’t know how fast it will progress. It’s very scary, but now we have some hope.”

Without pediatric participation in drug research studies, we would not know whether or how a particular drug affects children differently than adults. Pediatric clinical trials are important

For more than 20 years, NICHD has led studies to understand how medicines affect children and has paved the way for pediatric drug approvals and labeling. Even so, more work is needed to find targeted treatments for sick children and infants—work that could not happen without the involvement of patients and their families.

“Deciding to put Liam in a clinical trial was a no-brainer for us,” said Noreen. “We were able to watch a group of boys enrolled in the first trial, and they did great. But you have to do what is best for your child. Can your child wait to take the drug, or does your child need to be a part of the clinical trial process to get the treatment he needs quickly? That’s a decision you have to make for yourself and your child.”