Teaming Up Against Birth Defects 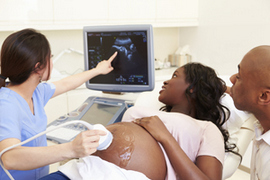 When the NICHD was founded in 1962, one of its first charges was to improve our understanding of birth defects. Now, more than 50 years later, birth defects research continues to be a core focus of the Institute.

This Birth Defects Prevention Month, the NICHD highlights the importance of teamwork between scientists at different institutions and in different specialties as a way of advancing our understanding of birth defects, which affect one out of every 33 infants born in the United States.1

The NICHD is aware that the term “birth defects” carries negative connotations and that the term does not reflect the many abilities and talents of those affected by these problems. Communities are discussing alternative terms for describing these problems. Until a consensus is reached, this article uses the term “birth defects” to describe structural, medical problems present at birth.

A key part of the NICHD’s strategy is to encourage collaboration on research. Collaboration builds bridges between researchers with different kinds of expertise, which can spark the development of creative new approaches for solving complex research problems—like those presented by many birth defects. Partnerships among researchers across the country also allow projects to include enough patient participants with relatively rare conditions—like the nervous system malformations known as spina bifida—to allow researchers to conduct robust research studies.

For example, the NICHD encouraged basic researchers and clinicians to work together on understanding the genetics of the potentially deadly birth defect known as congenital diaphragmatic hernia (see Breathing Life into Congenital Diaphragmatic Hernia (CDH) Research for more information). Likewise, the NICHD’s Division of Intramural Population Health Research (DIPHR) leads collaborative research groups in Ireland and New York State through which scientists investigate the causes of neural tube defects and other birth defects.

These types of collaborations are critical to improving our understanding of these and other complex topics. Select a link below to learn more about the NICHD’s collaborative birth defects research activities:

A large share of the birth defects research supported by the NICHD focuses on the basic processes of development in animal models, which help scientists understand how development works and how it can go wrong. The discoveries that these basic researchers make about the genetic and cellular processes underlying development build a foundation upon which clinical scientists can learn how to prevent or treat birth defects to improve human health. Bridging the gaps between these two types of scientists is a major part of the NICHD’s efforts to build collaborative research relationships—especially within the NICHD’s Developmental Biology and Structural Variation Branch (DBSVB).

The DBSVB has a long history of supporting collaborative, cross-disciplinary research on birth defects. For example, the Branch founded the Structural Birth Defects Working Group more than a decade ago to encourage the exchange of ideas and collaborative problem solving among basic scientists and clinicians. Every 18 months since 2000, researchers supported by the DBSVB and other NIH Institutes come together to share research results, forge new research collaborations, exchange ideas, and discuss common challenges. Now, two new initiatives from the DBSVB continue and expand this tradition.

First, the DBSVB, in collaboration with several extramural birth defects researchers, has organized a meeting on January 22 to discuss new approaches to understanding the genetics of structural birth defects. The one-day Developing an Interdisciplinary Research Agenda for Genetics of Birth Defects conference is funded jointly by the NICHD, the National Institute of Dental and Craniofacial Research, the National Institute of Environmental Health Sciences, and the Office of Rare Disease Research, which is part of the National Center for Advancing Translational Sciences. The meeting will bring together basic scientists and clinicians in multiple fields who share a common interest in birth defects. These scientists may all work on some aspect of structural birth defects, but they are traditionally segregated based on the type of research they conduct and the specific birth defects they are interested in—even though different structural birth defects are often caused by similar biological mechanisms. Advances in genetics and genomics research have brought us to the point where scientists could make significant progress, given the right focus of effort. The goal of this meeting is to develop a community consensus regarding approaches and strategies that are likely to have a substantial and sustained impact on advancing understanding of molecular factors that increase risk for birth defects.

The DBSVB has also been working within the NICHD and across other Institutes and Centers toward forming a Trans-NIH Structural Birth Defects Working Group. Many NIH Institutes currently fund and conduct research related to structural birth defects, but these efforts are only informally coordinated. The DBSVB is spearheading this effort to encourage trans-NIH collaboration and formalize coordination. Over the short term, the Group’s goal will be to build awareness across NIH Institutes about the state of the science of structural birth defects, emerging research priorities, and research gaps. Over the long term, the group will focus on sharing knowledge and forging cross-disciplinary collaborations between NIH-supported scientists. By improving coordination, the Working Group aims to increase the pace of research on these conditions and the efficiency of translating basic science findings to the bedside.

Babies with myelomeningocele—the most serious and common type of spina bifida—are born with their spinal cord protruding from a hole in the backbone. Generally, these babies received surgery right after birth to prevent injuries to the spinal cord and brain and to allow for more normal development. The NICHD-supported MOMS

brought together researchers at three medical centers around the United States to test whether babies did better if they received the surgery before they were born, instead of after. The investigators were part of the Maternal-Fetal Surgery Network, a research network supported by the NICHD’s Pregnancy and Perinatology Branch. The network structure allowed the researchers to gather nearly 200 participants for the study, even though myelomeningocele is so rare that it occurs in only about 3 of every 10,000 births.

The results of the initial arm of MOMS were so clear that the study was stopped early: By 12 months of age, the children who had received surgery before birth for their myelomeningocele were much less likely to need either a shunt (to divert extra fluid from their brain) or assistive devices to walk, compared to children who received the surgery after birth. Although surgery in the womb was associated with its own risks, the study showed a clear benefit from the prenatal repair. Read more at Surgery on Fetus Reduces Complications of Spina Bifida. The trial was later recognized as the “Trial of the Year” by the Society for Clinical Trials.

The MOMS collaborative research team is now continuing its work with MOMS 2, a follow-up to the original study. MOMS 2 is examining how the original MOMS children are doing by the time they reach age 5 to 8 years. The researchers will determine whether the children who received the prenatal surgery have better physical and mental health outcomes and function more independently, safely, and appropriately in their daily lives compared to the children who received the surgery after birth.

Through such collaborative research efforts like MOMS and collaboration-building opportunities like the working groups, the NICHD is building bridges among scientists to work toward new advances in understanding, preventing, and treating birth defects. As the Institute moves forward into a new half-century, these collaborative approaches should continue to save lives and improve health outcomes.