Cavefish in the NICHD 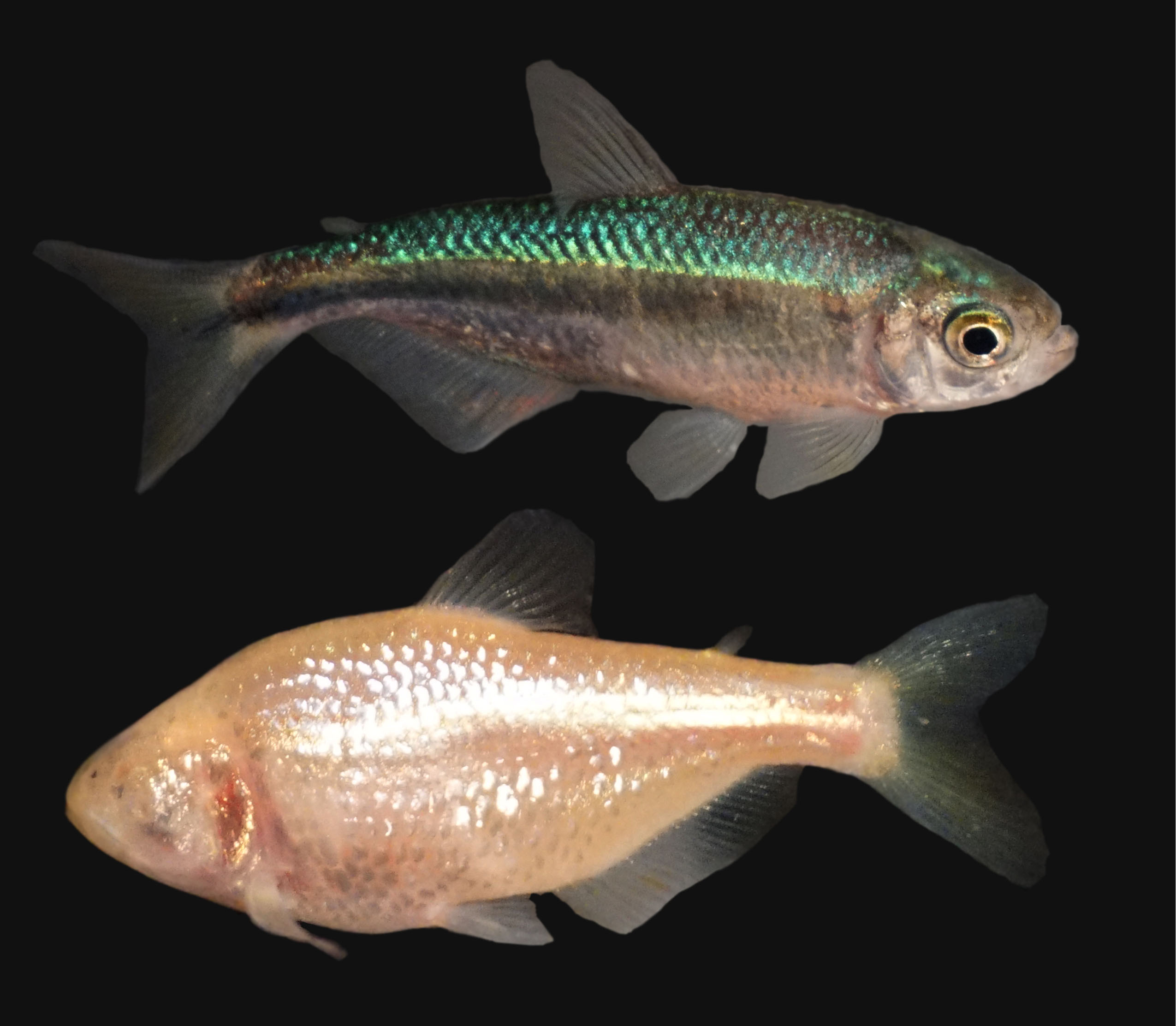 The Mexican tetra or blind cave fish (Astyanax mexicanus) is a freshwater fish of the family Characidae, order Characiformes native to parts of southern Texas and eastern and central Mexico. Surface-dwelling Astyanax mexicanus ("surface morphs") are unremarkable fish that grow to approximately 12 cm in length, but there are very closely related cave dwelling populations ("cave morphs") with a series of uniquely evolved adaptations including loss of eyes and pigment, dramatically altered metabolism, altered vascular function, and altered sleep regulation and behavior. Despite their very dramatic phenotypic differences, cave and surface morphs of Astyanax mexicanus are only separated by as little as a few tens of thousands of years of evolution and readily interbreed. Work from our laboratory suggests that altered DNA methylation and resulting coordinated changes in expression of many genes have helped to drive at least some of this rapid evolutionary change. Thus, this model provides a powerful platform for studying the potential role of epigenetics in eye development, metabolism, the vasculature, and etc. Epigenetic changes have already been implicated in visual, metabolic, blood, vascular, and other human diseases, so the cavefish model may also provide useful insights eventually applicable to the clinic. We are maintaining a small colony of Astyanax mexicanus cave and surface fish at the NICHD as a complementary model to the zebrafish, our main aquatic model, and using them to help examine the role of epigenetics in regulation of vascular function, metabolism, and eye development. To facilitate our studies and the growing wider use of this model, we are also using our expertise to establish several critical new foundational experimental and genetic tools including transgenic reporter lines, molecular markers, and genomic resources.