Exploring the regulation and function of endogenous retroviruses 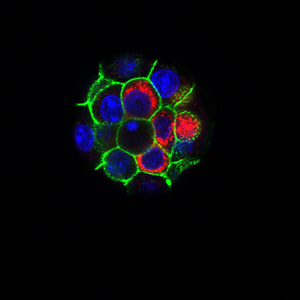 It is well known that retroviruses pose a threat to human health by infection of somatic cells, but retroviruses have also been infecting our mammalian ancestors for millions of years and have been incorporated in the germ-line as endogenous retroviruses (ERVs) that account for nearly 10% of our genomic DNA. We are interested in studying ERVs from two perspectives: 1) as a parasite that must be kept in check by the host to prevent widespread viral activation and genomic instability and 2) as a symbiont, that can be co-opted and utilized by the host for developmental and evolutionary advantage. Specifically, our work aims to study how the host has adapted molecular recognition machinery to transcriptionally silence ERVs, how the ERVs have sometimes evaded these silencing mechanisms during development, and how these evasive activities have lead to host co-option of viral regulatory sequences that may have contributed to early cell fate choices in the pre-implantation embryos of placental mammals.  These studies will lead to important insights into the molecular “arms race” between retroviruses and their hosts that continue play out today, and will also lead to a better understanding of how ERVs have played an integral role in driving our development and evolution as a species.

Exploring the function of the rapidly evolving KRAB-ZFP gene family

Kruppel associated box zinc finger proteins (KRAB-ZFPs) have emerged as candidates that recognize ERVs.   KRAB-ZFPs are rapidly evolving transcriptional repressors that emerged in tetrapods.  They make up the largest family of transcription factors in mammals (estimated to be ~200-300 in mice and humans).  Each species has its own unique repertoire of KRAB-ZFPs, with a small number shared with closely related species and a larger fraction specific to each species.  Despite their abundance, little is known about their physiological functions. KRAB-ZFPs consist of an N-terminal KRAB domain that binds the co-repressor KAP1and a variable number of C-terminal C2H2 zinc finger domains that mediate sequence-specific DNA binding. KAP1 directly interacts with the KRAB domain, which recruits the histone methyltransferase (HMT) SETDB1 and heterochromatin protein 1 (HP1) to initiate heterochromatic silencing. Several lines of evidence point to a role for the KRAB-ZFP family in ERV silencing. First, the number of C2H2 zinc finger genes in mammals correlates with the number of ERVs.  Second, the KRAB-ZFP protein ZFP809 was isolated based on its ability to bind to the primer binding site for proline tRNA (PBSPro) of murine leukemia virus (MuLV). Third, deletion of the KRAB-ZFP co-repressors Trim28 or Setdb1 leads to activation of many ERVs.  Thus we have begun a systematic interrogation of KRAB-ZFP function as a potential adaptive repression system against ERVs.  Our ongoing studies have lead us to speculate that the arms race between ERVs and KRAB-ZFPs has played an important role not only in the evolution of gene regulatory networks in mammals but in speciation itself.

Exploring the function of histone modifying enzymes during development 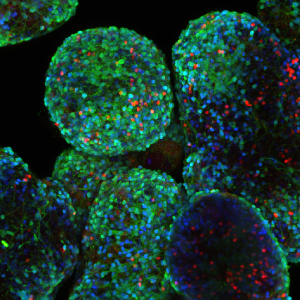 A large number of enzymes that post-translationally modify histones/DNA have been identified and biochemically characterized.  A number of these enzymes have also been shown to be essential for embryo development, mutated in cancers and neurological disease, or important for transgenerational epigenetic inheritance in model organisms. We are using stem cell based models of development along with mouse genetics to remove enzymes that post translationally modify histones and DNA in a tissue specific manner.  In particular we are focusing on the time period of preimplantation development, where massive reprogramming of the epigenome takes place, and during formation of the central nervous system, when cells are becoming post-mitotic as they differentiate into neurons and are thus incapable of replication dependent changes in the epigenome.  With these studies, we hope to gain a further understanding of the importance of epigenetic information stored in chromatin.

Studying the interplay of transcription factors and chromatin modifying enzymes 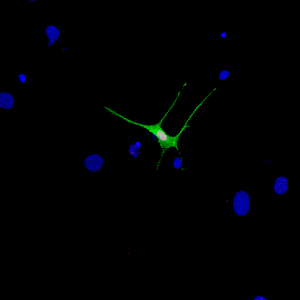