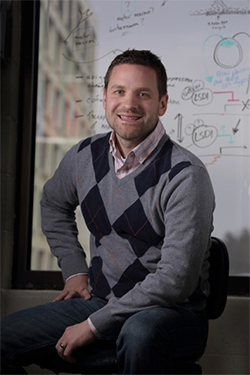 Todd earned his PhD in Cell and Molecular Biology from the University of Pennsylvania in 2000 working in the lab of Debu Chakravarti, studying the histone binding and transcriptional repressive activities of THAP domain proteins.   After his PhD, Todd joined the laboratory of Samuel Pfaff at the Salk Institute for Biological Studies, where he explored the function of the histone demethylase LSD1 during mouse development, unexpectedly uncovering a role of LSD1 in the regulation of Endogenous Retroviruses (ERVs),  and second, a role for ERVs in gene regulation in  early  stages of development. Todd was then recruited to the NIH in July of 2012 as part of the Earl Stadtman Investigator search in Chromosome Biology and Epigenetics.  Within the Division of Developmental Biology at the NICHD, Todd now heads the Section on Mammalian Development and Evolution, spending most of his time exploring the impact of Endogenous Retroviruses and their KRAB-zinc finger protein controllers on embryonic development and on the evolution of new traits in mammals. 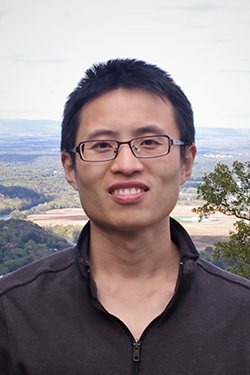 Ming-an received his PhD in Computational Biology from The Chinese University of Hong Kong in 2012, supervised by Prof. Dianjing Guo. His PhD thesis iapplied machine learning techniques to predict protein post-translational modification. After graduating, Ming-an first joined Prof. Hehuang Xie’s lab at Virginia Tech, studying the inheritance pattern of DNA methylation and the programming of DNA methylation during mammalian brain development. Then he joined NICHD in 2016, co-supervised by Dr. Todd Macfarlan and Dr. Judith Kassis, studying the role of different C2H2-ZFPs (Pho, Spps and Cg) for Polycomb recruitment and the function of one homeobox gene named MNX1 for motor neuron specification. Ming-an’s research interest is to apply cutting-edge OMICs and computational methods to study the role of DNA binding proteins (in particular C2H2-ZFPs) for epigenetic recruitment and the dynamics and function of epigenetic modifications during neuronal specification.   Email: ming-an.sun@nih.gov 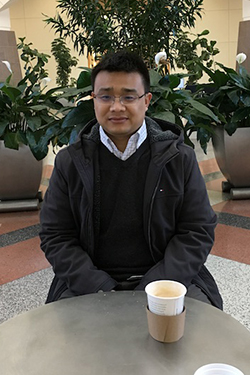 Jinpu obtained his PhD degree in Bioinformatics from the Center for Bioinformatics, Peking University in 2014, where he studied the classification, identification, and annotation of plant transcription factors. After his PhD, he continued working in the same lab for three and half years to explore the construction, architecture and evolution of plant regulatory networks. Jinpu joined the laboratory of Todd Macfarlan at the NICHD in 2018, and now he is exploring the interplay of retrotransposons and KRAB-ZFPs in gene expression control and embryonic development.   Email: jinpu.jin@nih.gov 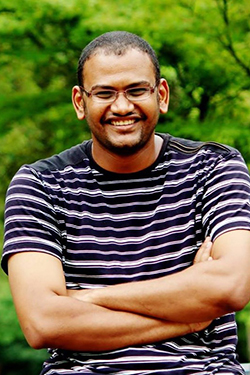 Mohamed received his medical degree (MBBS) from Faculty of Medicine at University of Khartoum. He then earned his PhD from the Graduate School of Medicine at Kyoto University where he studied the molecular biology of human retrovirus HTLV-1 in the Matsuoka Lab. He worked on transcriptional regulation of viral gene expression and its role in viral pathogenesis utilizing single cell analytical approaches. Mohamed joined the Macfarlan Lab in 2018, where he is currently studying a potential link between KRAB-zinc finger proteins and the control of meiotic recombination. Email: mohamed.mohamed@nih.gov 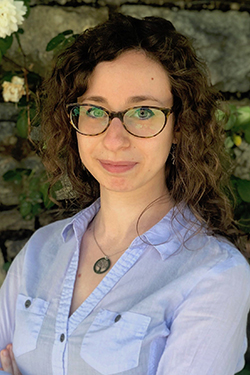 Melania’s research interests focus on mechanistically understanding the molecular world that allows mammalian cells to work at the organismal level and propagate. After graduating with a B.Sc. and a M.Sc. in Medical Biotechnologies at Federico II University in Naples, Italy, she pursued her doctoral studies in Molecular Biology at University of Vienna, Austria. Melania earned her Ph.D. in 2018 working in the lab of Dea Slade at Max F. Perutz laboratories, where she studied DNA damage response and transcription regulation. She joined the Macfarlan lab in October 2018, where she is currently exploring the molecular gears that move KRAB-zinc finger genes maintenance and evolution. Email: melania.bruno@nih.gov 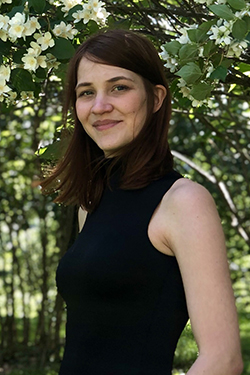 Anna Dorothea earned her PhD in Chromosome and Developmental Biology from the University of Oxford in 2016 working in the lab of Liz Robertson. She studied how components of the TGFb signalling pathway specify embryonic cell fates in the early post-implantation mouse embryo. After her PhD, Anna Dorothea stayed with Liz for her first PostDoc focusing on tissue-specific roles of TGFbsignals during primordial germ cell development. In 2019 Anna Dorothea joined the Macfarlan lab to explore roles of zinc finger proteins and endogenous retroviruses during early embryonic and extra-embryonic cell fate specification in mammals. Email: anna.senft@nih.gov 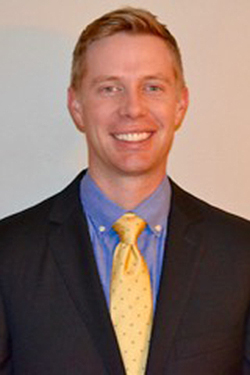 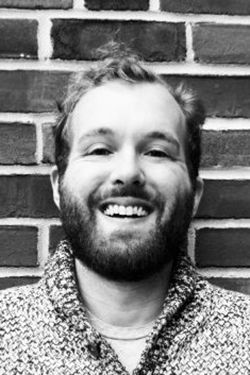 Justin earned his B.A. in Molecular and Cellular Biology from the University of Chicago in 2011. He started learning to visualize nuclear architecture in the lab of Harinder Singh in 2009 and worked in the lab of James Holaska in Chicago as a student and a technician from 2010, studying the function of the inner nuclear membrane protein emerin and HDAC3 on nuclear positioning and transcription of key genes in muscle differentiation. In 2013 he joined the lab of Lothar Schermelleh at Oxford as a Research Technician to refine super-resolution 3D-SIM imaging techniques for studying epigenetic organization of mammalian nuclei, and contributed to several technical developments and studies of nuclear structures. Justin was awarded the NIH-OxCam PhD scholarship in 2014, and is now a member of the lab of Todd Macfarlan at NICHD and the Schermelleh Lab at Oxford. His PhD project is a multi-disciplinary study of the chromatin integrator protein LDB1 on genome organization and transcription factor function in motor neuron development.Email: justin.demmerle@nih.gov 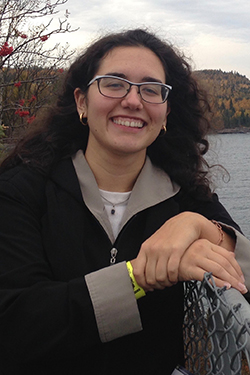 Sienna graduated from the University of Minnesota with a B.S. in Genetics, Cell Biology, and Development and a B.A. in Spanish Studies. While in Minnesota, she worked in Dr. Ann Rougvie’s lab focusing on LIN-42, the nematode homolog of the human circadian rhythm protein Period, which is known to regulate developmental timing in C. elegans. She joined the Macfarlan lab as an IRTA trainee in June of 2018. Her work centers on Zfp110, a KRAB-zinc finger gene which is conserved in mammals. Email: sienna.schaeffer@nih.gov