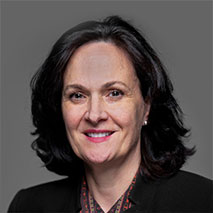 Dr. Gomez-Lobo is an obstetrician gynecologist who specializes in pediatric and adolescent gynecology. She currently serves as the Director and Fellowship Director of Pediatric and Adolescent Gynecology at NICHD and provides care at MedStar Washington Hospital Center (MWHC) and Children’s National Health Systems. After receiving her Doctor of Medicine Degree from Georgetown University (1989), she completed her internship at Thomas Jefferson University Hospital (1990) and residency at Tufts University (1993) and currently is Professor of Ob/Gyn at Georgetown University. Dr. Gomez-Lobo is the Director of the multidisciplinary Positive Reevaluation of Urogenital Differences service and site PI for the Disorder of Sex Development-Translational Research Network. She served as President of the North American Society for Pediatric and Adolescent Gynecology (NASPAG) in 2016-2017. She is actively involved in research and has published and lectured extensively regarding the issues in the field of pediatric gynecology and women’s health in transplant recipients. Areas of special research interest include androgen insensitivity syndrome, fertility preservation in special populations and transgender care in adolescents. 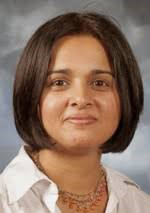 Dr. Dowlut-McElroy is an obstetrician gynecologist who specializes in pediatric and adolescent gynecology.  After completing her residency at the Grand Rapids Medical Education and Research Center and Michigan State University (2001), she practiced Obstetrics and Gynecology in multiple settings including  private practice as well as a multi-disciplinary Federally Qualified Health Center.  She served as Obstetrics and Gynecology Assistant Clerkship Director and Clerkship Director at the Michigan State University College of Human Medicine Department of Obstetrics, Gynecology and Reproductive Biology (2011-2013).  Dr. Dowlut-McElroy then completed fellowship training in Pediatric and Adolescent Gynecology at the University of Missouri-Kansas City (2015) and a Masters of Science Degree in Bioinformatics at the University of Missouri Kansas City (2016).  She was former Assistant Professor at the University of Missouri-Kansas City Department of OB/GYN (2015-2019) and served as Assistant Director of the Great HeighTS Multi-Disciplinary Clinic for Turner Syndrome at Children’s Mercy Hospitals in Kansas City, MO (2017-2019).  Dr. Dowlut-McElroy has published and presented lectures in the field of Pediatric and Adolescent Gynecology.  Areas of special research interest include Turner syndrome, fertility preservation in special populations and pediatric vulvar disorders. 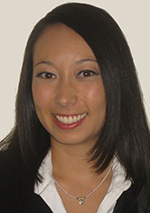 Dr. Maher is a Reproductive Endocrinology and Infertility specialist with a focus on pediatric and adolescent gynecology.  Her areas of interest include primary ovarian insufficiency, congenital abnormalities of the reproductive tract and fertility preservation in cancer and sickle cell patients.  After receiving her Doctor of Medicine Degree from Boston University (2012), she completed OB/GYN residency at Mount Sinai Beth Israel in New York City (2016), and fellowship in Reproductive Endocrinology and Infertility at Johns Hopkins (2019).  Her special research interests include follicle activation and fertility preservation.