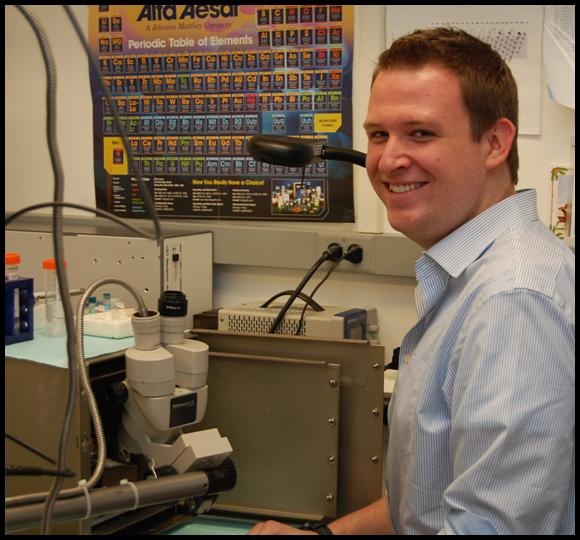 Using biophysics as a tool for better understanding molecular processes is where my scientific interest lies. Currently I am on a National Institutes of Health Fellowship Award which allows me to conduct research in Sergey Bezrukov's laboratory here at the NIH while completing my PhD in Molecular Microbiology and Immunology at Johns Hopkins School of Public Health.

My major project is: 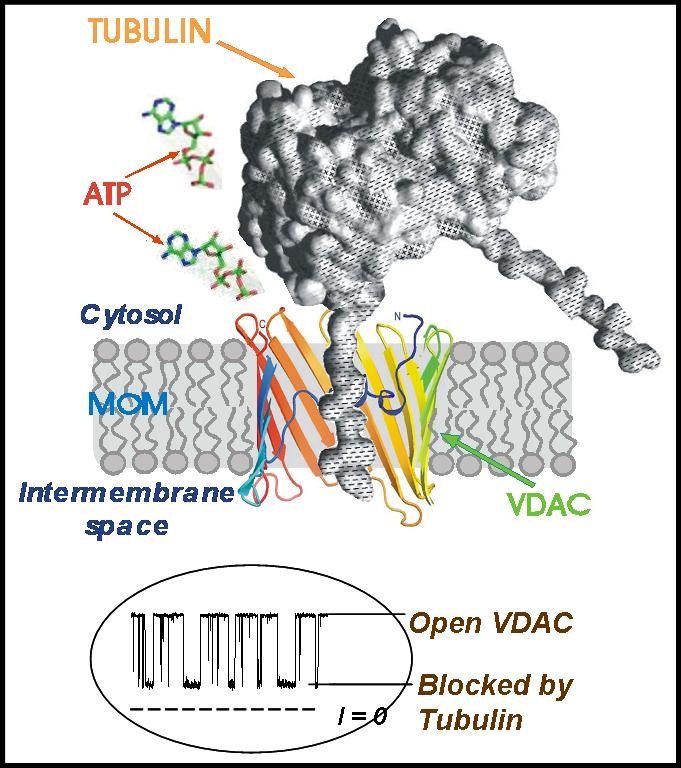 We found that nanomolar concentrations of mammalian dimeric tubulin induce highly voltage-sensitive reversible blockage of VDAC channel reconstituted into planar phospholipid membranes (Rostovtseva et al., 2008). Tubulin-VDAC interaction requires the presence of negatively charged C-terminal tails of tubulin. A model of tubulin-VDAC interaction is suggested, in which the tubulin C-terminus penetrates into the channel lumen, interacting with VDAC with high specificity and partially blocking channel conductance. The mechanism of VDAC regulation by tubulin in vitro is related to the action of this protein in vivo. In experiments with isolated mitochondria we have demonstrated that tubulin prevents ADP entry into mitochondria and dramatically decreases the availability of ADP to ANT, restoring the low permeability of MOM (high apparent Km for ADP) found in the permeabilized cells. By this type of control, tubulin may selectively regulate metabolic fluxes between mitochondria and the cytoplasm. Thus, our results not only reveal a novel mechanism of mitochondria respiration regulation, but also discover a new functional role for the cytoskeleton protein, dimeric tubulin.