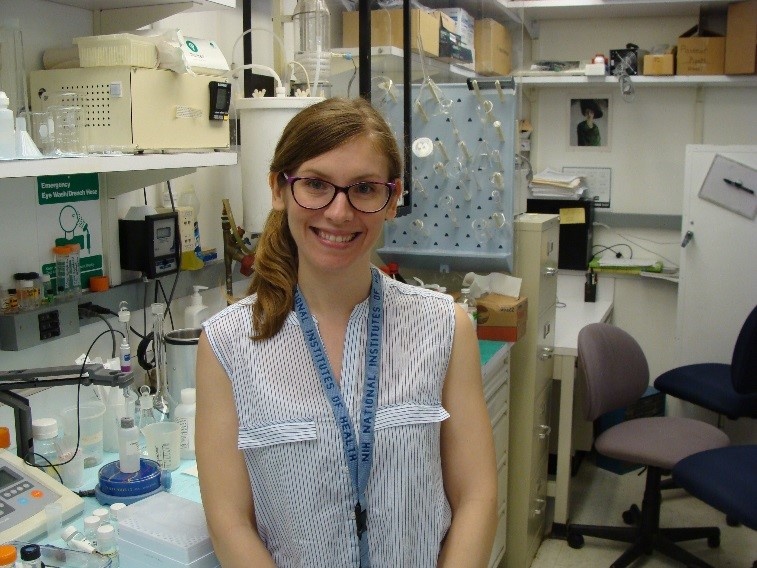 I am a biophysicist interested in the characterization of transport properties of channel-forming proteins, such as bacterial porins. I joined the Section on Molecular Transport to focus on the study of the regulation mechanisms of the mitochondrial channel VDAC and its interaction with specific molecules affecting its transport characteristics, from voltage gating to open-channel conductance and ionic selectivity. In particular, I am interested in interaction of VDAC with alpha-synuclein, a neuronal protein related to Parkinson's disease, as well as the effect of different cholesterol-like compounds on the channel functional properties. My goal is not just to characterize the electrophysiological properties of the channel, but to contribute to a better understanding on the role of VDAC in mitochondria and in cell life and death.

Dr. Queralt-Martín got her B.Sc. in Physics and M.Sc. degree in Biophysics in 2009 at the University of Barcelona (Spain) and Ph.D. in Biophysics at the University Jaume I, Castellón (Spain), under the supervision of Professors Vicente Aguilella and Antonio Alcaraz. Her research focused on the study of ion transport mechanisms of protein channels in model membranes, in particular, the OmpF channel from E. coli. Her work has been recognized with a PhD Special Award (2015) by the University Jaume I (Castellón, Spain). In October 2016, she joined the Section on Molecular Transport, NICHD/NIH to study molecular mechanisms of mitochondrial toxicity induced by alpha-synuclein, a disease-related amyloid protein, and its interaction with VDAC. Dr. Queralt-Martin co-authored more than 15 peer reviewed scientific papers and presented her research at many national and international meetings. Recently, Dr. Queralt-Martin was a recipient of the 2017 AntalGenics – SBE-33 Prize from the Spanish Biophysical Society for excellence in investigations on the mechanisms of ion transport by protein channels in model membranes.