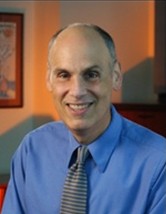 Alan Guttmacher, M.D., will assume the duties of NICHD Acting Director on December 1, 2009. He will take over for Susan B. Shurin, M.D., Deputy Director of the National Heart, Lung, and Blood Institute (NHLBI). NIH Director Francis Collins, M.D., Ph.D., made the announcement at an all-hands meeting and thanked the Institute’s leadership and staff for their continued support during this period of transition.

Dr. Shurin, who took over as NICHD Acting Director on October 1, 2009, will return to NHLBI as Acting Director while that Institute searches for its own new Director. Elizabeth Nabel, M.D., NHLBI Director, recently announced that she was leaving the NIH.

Dr. Guttmacher has been the Acting Director of NHGRI since August 2008 and its Deputy Director since 2002. Eric Green, M.D., Ph.D., will become the new NHGRI Director on December 1, 2009. As Deputy and Acting Director of NHGRI, Dr. Guttmacher oversees the Institute's efforts to advance genome research, integrate the benefits of genome research into health care, and explore the ethical, legal, and social implications of human genomics.

“I think that NICHD has the most important mission of all at the NIH,” said Dr. Guttmacher at the all-hands meeting. “We have unparalleled opportunities to achieve that mission.”

Born in Baltimore, Maryland, Dr. Guttmacher received an A.B. degree from Harvard College in 1972 and an M.D. from Harvard Medical School in 1981. After completing his internship and residency in pediatrics at Children's Hospital Boston, he earned a two-year National Research Service Award from the U.S. Public Health Service as a fellow in medical genetics at Children's Hospital Boston and Harvard Medical School.

Dr. Guttmacher became director of the Vermont Regional Genetics Center at the University of Vermont College of Medicine in 1987. While there, he launched a series of public health genetics programs and directed the Vermont Cancer Center's Familial Cancer Program and the Vermont Newborn Screening Program and founded Vermont's only pediatric intensive care unit. He also directed the nation's first statewide effort to involve the general public in discussion of the Human Genome Project's (HGP) ethical, legal, and social implications—an initiative funded by NIH.

In 1999, he joined the NHGRI as Senior Clinical Advisor to the Director. In that role, Dr. Guttmacher established a dialogue with health professionals and the public about the health and societal implications of the HGP. He played a pivotal role in guiding the establishment of the National Coalition for Health professional Education in Genetics, a non-profit coalition that promotes health-professional education and access to information about advances in human genetics. He has given hundreds of talks to physicians, consumer groups, students, and the lay public about genetics and its impact on health, health care, and society.

Dr. Guttmacher became Deputy Director of NHGRI in 2002.  In 2003, he and Dr. Collins co-edited Genomic Medicine, a series about the application of advances in genomics to medical care for The New England Journal of Medicine. Dr. Guttmacher will be co-editing another series on genomics in medicine that will appear in the same journal starting early in 2010. Dr. Guttmacher also oversees the NIH's involvement in the U.S. Surgeon General's Family History Initiative, an effort to encourage all Americans to learn about and use their families' health histories to promote personal health and prevent disease. He previously served in volunteer leadership positions for several regional and national nonprofit organizations involved with reproductive health. He is a Fellow of the American Academy of Pediatrics, a Fellow of the American College of Medical Genetics, and a member of the Institute of Medicine.

The NICHD is pleased to welcome him to the Institute.

For more information, please select one of the following: