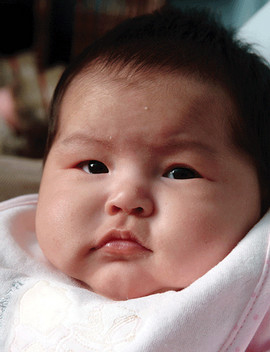 With its motto, “Honor the Past, Learn for the Future,” the Healthy Native Babies Project—a collaboration between the NICHD and representatives from five AI/AN communities in the U.S. Northern Tier and other organizations that serve these areas—complements this year’s theme quite nicely. This innovative collaboration is part of the Safe to Sleep® Campaign (formerly the Back to Sleep campaign) and aims to spread safe sleep messages within AI/AN communities.

Despite great advances in reducing Sudden Infant Death Syndrome (SIDS) deaths—both overall and within specific racial/ethnic groups in the United States—SIDS rates among AI/AN infants remain the highest of any racial/ethnic group in the United States. Within AI/AN communities, rates within 5 regions of the U.S. Northern Tier—Aberdeen, Alaska, Billings, Bemidji, and Portland—are the highest of all. In addition, AI/AN infants are nearly three times more likely to die of SIDS than are white infants.

To address these statistics and other issues related to infant mortality, the NICHD met with representatives from the Indian Health Service (IHS), from other federal and local governments, and from the 5 IHS regions in the Northern Tier to discuss ways of sharing safe sleep messages with Native audiences.

In 2002, the Aberdeen Area Infant Mortality Study of Northern Plains Indians, funded by the NICHD, the Centers for Disease Control and Prevention, and the IHS, identified important risk and protective factors for SIDS among this group of American Indians. Furthermore, the study confirmed that the risk of infant death from SIDS was especially high among Tribes in the Northern Tier areas.

The study reinforced the need for innovative strategies to reach Native communities with important information about SIDS and ways to reduce its risks, while preserving cultural traditions. At a follow-up meeting hosted by the NICHD in 2003, participants established the Healthy Native Babies Project Workgroup to help create and evaluate messages, materials, and outreach strategies specific to AI/AN audiences.

Over the next several years, the NICHD and Workgroup members continued their efforts collaboratively, with the Workgroup providing vital information about the communities that can only be gathered through personal experiences within those communities. The result of this unique collaboration is a set of culturally relevant and adaptable messages about how to reduce the risk for SIDS and other sleep-related causes of infant death in these communities, along with strategies for disseminating these messages to even hard-to-reach groups.

The Healthy Native Babies Project materials are now available to anyone working in Native communities. These items include:

In addition, Healthy Native Babies Project leaders are working together to create video demonstrations of some of the training activities, as well as webinars that can provide additional training from a remote location.

To learn more about the Healthy Native Babies Project and National Native American Heritage Month, choose one of the links below.