Collaborating to Improve the Health of Native Babies 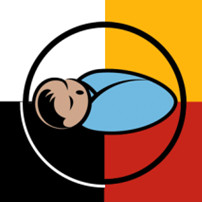 Since the Back to Sleep campaign began in 1994, the Sudden Infant Death Syndrome (SIDS) rate in the United States has decreased by more than 50 percent. This decrease occurred not only in the overall U.S. SIDS rate, but also in the SIDS rates for different racial/ethnic groups. The decrease is more than just a number—it represents thousands of infant lives.

While the lower SIDS rates are a great accomplishment, there is still work to do to help improve the health of U.S. infants. SIDS remains the leading cause of death among infants between 1 month and 1 year of age. And infants in certain ethnic groups remain at higher risk for SIDS than white infants.

For example, American Indian/Alaska Native infants have the highest SIDS rates in the United States and are nearly three times more likely to die of SIDS as are white infants. In addition, /AN SIDS rates among American Indians/Alaska Natives are particularly high in certain areas of the U.S. Northern Tier, namely: Aberdeen, Alaska, Billings, Bemidji, and Portland.

The NICHD's Healthy Native Babies Project, an outreach component of the Back to Sleep campaign, strives to understand the possible causes for these disparities and find ways to further reduce the SIDS rates in Native communities. This innovative and collaborative project released its Workbook Packet earlier this week, the first of several outreach tools meant to help local programs working in American Indian/Alaska Native communities to share safe sleep and other health messages. You can learn more about the project and the packet below.

Laying the Foundation for Collaboration

The meetings led the NICHD to create a special, smaller workgroup, which included representatives from the Northern Tier areas, Indian Health Service (IHS), and various Tribal and Native-serving organizations, with the goals of:

Using the information and data gathered during these activities, the NICHD and the workgroup members created the Healthy Native Babies Project—a collaborative effort to work with, and in, Native communities to sharing infant health information, including information about SIDS and SIDS risk reduction.

The Healthy Native Babies Project is truly unique because the workgroup and the NICHD collaborated to create and evaluate the messages and concepts used in Project materials, to design approaches that are effective in reaching American Indians/Alaska Natives, and to sharing the materials and messages across Native communities.

The release of the first major outreach tool from the Project—the Healthy Native Babies Project Workbook Packet—marks an important milestone in this collaboration. The Packet includes the following items:

The Workbook Packet is aligned with the expanded safe sleep recommendations recently released by the American Academy of Pediatrics. It teaches users about SIDS and SIDS risk reduction, while also giving them the tools needed to share that information within their communities in connected and thoughtful ways.

"That connection makes this outreach unique," said Shavon Artis, M.P.H., who leads Back to Sleep campaign activities for the NICHD. "Through this Project, we've been able to connect with American Indian/Alaska Native communities and with individuals in those communities in a very personal way. The connectedness has a big impact—a positive impact—on the effectiveness of tailored outreach and of the overall Project."

To support workshop participants in putting the outreach approaches into action in their communities, the Institute created a mini-grant program. The mini grants provided 36 grantees across the five IHS areas with support to develop and print SIDS risk-reduction materials—such as brochures, posters, and "welcome home bags" filled with baby necessities and information on SIDS—to deliver to new moms in the areas.

The Workbook Packet is the first of several items and activities related to the Healthy Native Babies Project.

After receiving positive feedback from the train-the-trainer sessions and hearing from communities about the desire for more workshops and resources, the NICHD and the Project partners began working on resources that would enable community members to conduct their own training workshops.

The NICHD and the Healthy Native Babies Project partners will also be attending national, regional, and local events in Northern Tier areas to raise awareness about the Project and its resources.

The NICHD plans to use the Healthy Native Babies Project framework and lessons learned to build strong collaborative relationships with other communities to help make safe sleep education and outreach more personal and effective.