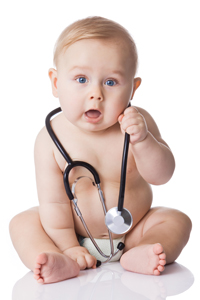 SIDS is defined as the sudden, unexplained death of an infant younger than 1 year old that doesn’t have a known cause even after a complete investigation, including an autopsy, a review of the death scene, and complete family and medical histories. It is currently the leading cause of death in babies between 1 month and 1 year of age.

The cause of SIDS is not known, but we do know different ways to reduce the risk, such as placing babies on their backs to sleep for all sleep times and not letting them overheat during sleep. These ways to reduce the risk of SIDS formed the foundation of the NICHD-led Back to Sleep campaign, which began in 1994.

As SIDS rates have declined1 during the last 2 decades by more than 50% both overall and within specific racial and ethnic groups, rates of other sleep-related causes of infant death, such as accidental suffocation, have increased. Even though these deaths are not SIDS or related to SIDS, they contribute to overall infant mortality rates for the United States and can devastate families and communities.

In 2012, the NICHD, with support from its collaborators, created the Safe to Sleep® campaign as an expansion of the Back to Sleep campaign to address not only ways to reduce the risk of SIDS, but also ways to reduce other sleep-related causes of infant death. You can learn more about the expanded campaign in the previous NICHD Spotlight: Beyond Back Sleeping.

Like its predecessor campaign, the Safe to Sleep® campaign relies on research evidence to form the basis of its safe sleep messages. During this SIDS Awareness Month, the Institute highlights some of its more recent research findings and activities. Select a link below to learn more.

New findings from an NICHD-funded study reinforce why reducing risk can be so challenging. The study, a survey of 19,000 nighttime caregivers, found that the number of parents and nighttime caregivers who bed share with infants has nearly doubled between 1993 and 2010.2 In 2010, nearly 14% of caregivers reported having shared a bed with an infant.

Infants who share a bed with another person are nearly three times more likely to die from SIDS than are infants who sleep alone.3 The risk is even greater for infants who are younger than 12 weeks and for infants whose mothers smoked during pregnancy.

Bed sharing carries more than just risk for SIDS, it also greatly increases the risk of accidental suffocation, one of several sleep-related causes of infant death that has been on the rise during the last decade. Infants can suffocate when an adult, child, or pet sharing the bed rolls over onto them during sleep. Or they can suffocate by becoming covered by pillows or blankets. Entrapment, such as when a baby becomes trapped between the bed and the wall, and strangulation, such as when loose bedding wraps around the baby’s neck, are also much more common when bed sharing.

Studies indicate that sharing a room with an infant—but not a bed—decreases the risk of SIDS by up to 50%.4 Room sharing also reduces the risk of other sleep-related causes of infant death, such as suffocation from roll over.

Campaign leadership is working with representatives from the American Academy of Pediatrics (AAP) and other health care provider organizations to capitalize on this finding as quickly as possible.

The Researchers discuss increase in percentage of infants who share bed with adult or child podcast provides additional information about this study.

Other SIDS Research and Activities

The NICHD also continues to fund research exploring the possible causes of SIDS and the effectiveness of SIDS interventions:

Through the Safe to Sleep® campaign and other channels, the NICHD is also initiating several activities during SIDS Awareness Month that will continue into the coming months:

The NICHD remains committed to understanding SIDS and to raising awareness about the ways to reduce the risk of SIDS and other sleep-related infant deaths.