In the early 1990s, when NICHD Scientific Director Dr. Constantine Stratakis was a young research fellow at the National Institutes of Health (NIH), he started working on understanding adrenal gland disorders. The discovery he made a decade later helped save Kelly Campbell's life.

Kelly had been an avid tap, ballet, and jazz dancer until age 9, when she started suffering from migraines, stomach pain, weight gain, and exhaustion. In 5th grade, after multiple misdiagnoses, she saw an endocrinologist, who then referred her to NIH.

Dr. Stratakis was beginning his work on adrenal disorders and interpreted Kelly's fluctuating cortisol levels, among other symptoms, as a warning signal of Carney complex, a rare condition that can include benign tumors on multiple organs, including the heart, as well as skin pigmentation and overactive adrenal glands. The adrenal glands pump out unusually high amounts of cortisol, a hormone that ordinarily helps maintain blood pressure and heart and immune function, but when present at high levels for long periods of time can cause weight gain, stretch marks, bruising, acne, and muscle weakness, among other symptoms. High cortisol also can lead to diabetes, high blood pressure, and weak bones.

The adrenal glands, part of the endocrine system, are small. From their perch on top of the kidneys, they are responsible for releasing different types of hormones, including cortisol and adrenaline. These hormones control important functions in the body, including managing blood sugar levels, regulating inflammation, and balancing salt and water to prevent dehydration. The adrenal glands are vital to controlling the way the body reacts to stress, commonly called the "fight or flight" response. The adrenal glands also produces hormones that are particularly important during puberty and pregnancy.

Adrenal gland disorders disrupt the production of hormones. Genetic mutations, tumors, or infections, as well as a malfunctioning pituitary gland, which helps regulate the adrenal gland, can all cause such disorders.

For Kelly Campbell, the warning signs were clear: high cortisol levels and a benign heart tumor. Her cortisol levels were "through the roof," she said, at least four times the normal level. She was 12 years old in 1995, one of Dr. Stratakis' first patients. 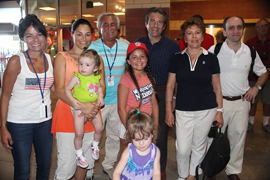 Figure 1. The Campbell family with Dr. Stratakis and Clinical Center doctors at the Washington National's game in 2013 for HHS Night at the Ballpark.

"I remember listening to her heart with a stethoscope," Dr. Stratakis said. "I heard the thump of a heart tumor. The sound is distinct."

"It's very comforting to have someone that you trust so fully," Kelly said of Dr. Stratakis. "I've known him for the better part of my life. He's watched me and my kids grow up."

Today, at 32, a young mother of three girls, Kelly continues to participate in research with Dr. Stratakis, as does her oldest daughter. Alexis, now 14, who also has Carney complex, was diagnosed by Dr. Stratakis and is being treated at NIH. 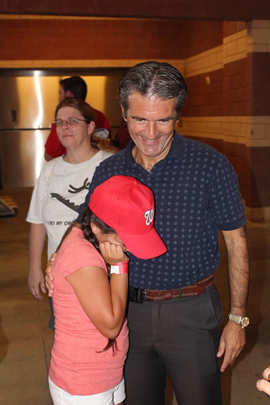 Figure 2. Alexis Campbell and Dr. Stratakis at a Washington National's game in 2013.

The key to treating adrenal gland disorders is early diagnosis, Stratakis said. Alexis Campbell, like her mom, had her adrenal glands removed at NIH when she was 12 years old.

"Once we knew what was causing Carney complex, we could spot it early," Dr. Stratakis said. "Early detection is key because we can remove the tumor before other problems occur."

Dr. Stratakis, in collaboration with Dr. J. Aidan Carney at the Mayo Clinic, Stratakis' close friend and mentor, have advanced the endocrine field, identifying a number of adrenal gland disorders. Prior to the description of the disease and identification of the genetic cause, Carney complex patients often died suddenly from tumor complications, either stroke or heart failure, Dr. Stratakis said. Today, identifying Carney complex in a patient leads to surveillance, screening, and treatment to avoid sudden death and other major complications, such as stroke and embolism (sudden blockage of arteries).

Cushing syndrome is another type of adrenal gland disorder that can result from a problem in the pituitary gland. The pea-sized gland is attached to the base of the brain. Although it too is small, it wields major influence on the endocrine system, particularly on growth and development. Tumors on the gland can release too much of a hormone called, ACTH, which causes the adrenal glands to release excess cortisol. Many health care providers aren't familiar with Cushing's symptoms because the condition is somewhat rare.

Annie Ribas had started kindergarten in Silver Spring, Maryland, when she began to complain of severe stomach pain. She also described what sounded to her mother like chronic heartburn and acid reflux, uncommon symptoms for a 5-year-old. Annie's pediatrician recommended a healthier diet and increased exercise. Though Annie was gaining weight, she had stopped growing in height between ages 5 and 6.

Kristine Ribas knew something was seriously wrong with her daughter. While on spring break in Florida, a family friend who also was a doctor of osteopathic medicine - a general physician with a specialty in the musculoskeletal system - noticed the tell-tale "buffalo hump" on Annie's upper back. She suspected it was because of fat deposits, a sign of a possible cortisol excess, and mentioned Cushing's syndrome to Kristine.

Kristine then consulted with an endocrinologist, who knew Dr. Maya Lodish, staff clinician and director of the Pediatric Endocrinology Fellowship at NICHD. Dr. Lodish, along with Dr. Stratakis, immediately began tests that confirmed Cushing's and a tiny tumor on Annie's pituitary gland. These tumors are easy to overlook, misdiagnose, and can cause havoc if untreated, Dr. Lodish said.

Cushing's patients, including the Ribas family, identify the disease with the symbol of a zebra, challenging the popular medical school axiom: When you hear hoof beats, think horses not zebras. Doctors are trained to look for the most likely causes of symptoms. This practice is useful for most patients, unless you're that zebra.

At NIH, Drs. Lodish and Stratakis used a specialized magnetic imaging test to locate minuscule pituitary gland tumors. NIH is one of the only places in the country to offer the test. The neurosurgery team, led by Dr. Prashant Chittiboinia, was able to successfully remove Annie's tumor, while leaving the rest of her pituitary gland intact to carry out its vital functions.

Annie celebrated her 7th birthday this past June with a healthy prognosis. She likely is "cured" of Cushing's syndrome, Dr. Stratakis said.

While Cushing's syndrome is an example of the effects of excess cortisol, diseases that lead to cortisol deficiency also can have devastating effects on the body. For example, CAH is a rare disorder in which the body does not produce cortisol; it produces high levels of other types of steroid hormones instead. 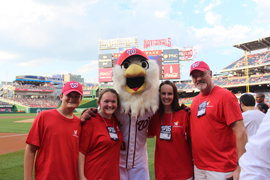 Figure 3. The Murray family with Washington National's mascot Screech at HHS Night at the Ballpark in July.

The Murray family of Mississippi has been coming to NIH for the past 10 years. Chandler, 16, and her brother, Hunter, 12, are both treated for a severe form of CAH. Parents Christian and Gina have to take extra precautions to protect their kids from getting sick or injured because either situation can spiral into an adrenal crisis. In the heat of Mississippi summers, they also have to be extra vigilant about keeping Chandler and Hunter hydrated.

"If either of them sweats too much or loses too much fluid, it can be a deadly situation," Gina said.

The siblings are progressing well in clinical treatments, led by NICHD's Dr. Deborah Merke. They are part of a long-term research study that is following 150 children with the disorder, throughout their childhoods. Because some of the complications of CAH, including low bone mineral density and obesity may develop in early adulthood, Dr. Merke, said they will continue to track the children's progress.

Through generations of patients participating in clinical research, Dr. Stratakis and his team have advanced understanding of the causes of adrenal gland disorders and helped to improve treatments and outcomes for families struggling with these conditions.