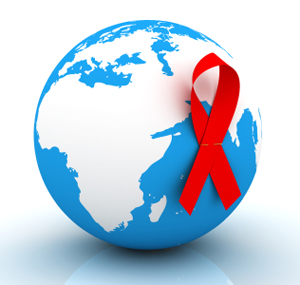 The International AIDS Society has convened its important gathering of more than 20,000 scientists, public health experts, policy makers, individuals and members of communities affected by HIV/AIDS, and media representatives annually since 1985.

The NIH was an organizing partner of AIDS 2012 along with other national and international agencies, corporations, and foundations.

The AIDS 2012 theme, Turning the Tide Together, places the focus of this momentous event on:

As a result of the latest scientific advances, a wide range of opportunities now exist to change the course of HIV and AIDS. NICHD researchers have been very involved in many of these discoveries and were active participants in this important event, serving on a special panel on NIH research on HIV/AIDS and updating participants on research advances.

In the context of the activities related to the AIDS 2012 meeting, the NICHD takes this opportunity to highlight some recent research findings on HIV/AIDS.

Research conducted through the Pediatric HIV/AIDS Cohort Study (PHACS), supported by the NICHD and several other NIH Institutes, found that children exposed to HIV in the womb are at increased risk for hearing loss. Compared to national averages for other children their age, children with HIV infection were about 200% to 300% more likely than their unexposed peers to have hearing loss by age 16. The study also showed that children whose mothers had HIV during pregnancy but who themselves were born without HIV were 20% more likely to have hearing loss. For more on this finding, read the news release: Children exposed to HIV in the womb at increased risk for hearing loss.

Young men being treated for HIV are more likely to experience low bone mass than are other men their age, according to findings from a study conducted by the NICHD-supported Adolescent Medicine Trials Network for HIV/AIDS Interventions (ATN). The findings suggest that regular monitoring for signs of bone thinning, which could foretell a risk for fractures, is important for the overall health of these patients. To learn more on this finding, see the news release: NIH study finds HIV-positive young men at risk of low bone mass.

Long-Term Effects of Tenofovir Exposure in the Womb

Identifying the long-term effects of fetal and infant exposure to antiretroviral treatments is the primary goal of the PHACS, supported by the NICHD and other NIH Institutes. This research showed that infants born to women who used the anti-HIV drug tenofovir as part of an anti-HIV drug regimen during pregnancy on average  weigh no less at birth and are no  shorter  than infants born to women who used anti-HIV drug regimens that do not include tenofovir during pregnancy. Tenofovir is often the first line of treatment for HIV-infected adults. The study showed that, at 1 year of age, children born to the tenofovir-treated mothers were slightly smaller than were infants whose mothers did not take tenofovir. For more information on this finding, read the news release: Anti-HIV drug use during pregnancy does not affect infant size, birth weight.

Vitamin D for Those Taking Tenofovir

Although tenofovir is widely used to treat HIV infection, studies show the drug causes symptoms that resemble those of vitamin D deficiency, including loss of calcium and reduced bone density. A study supported by the NICHD and other NIH Institutes through the ATN and the International Maternal–Pediatric–Adolescent AIDS Clinical Trials (IMPAACT) Group found that vitamin D may help prevent hormonal changes that can lead to bone loss among those being treated for HIV with tenofovir. The recommended daily dose of vitamin D is 600 units. The researchers observed no adverse effects from this recommended daily dose during the 3 months of this study. For more on this finding, see the news release: Vitamin D may improve bone health in those taking anti-HIV drug.

For more information on HIV/AIDS-related research at the NICHD, select one of the following links: