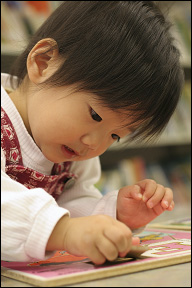 Noting this lack of information, the NICHD began the Study of Early Child Care (SECC) in 1991 to collect information about non-maternal child care in its many forms, and about the families who use and do not use such types of care. With 1,364 participants, the SECC was the largest, most comprehensive study of children and the environments in which they develop. Later, when the researchers were asked to continue collecting data on the children in the SECC beyond just age 3 years, the study was renamed as the Study of Early Child Care and Youth Development (SECCYD).

Now entering its 17th year, the SECCYD continues to provide evidence-based data about children, their outcomes, and the environments in which they develop—from child care during infancy and toddlerhood, through to ninth grade. The latest finding from the Study— Children’s Physical Activity Drops From Age 9 to 15, NIH Study Indicates—is one of hundreds of published findings that rely on this unique and decades-long dataset. The Study has included scores of the best researchers in the field who are dedicated and passionate about the Study, its participants, and its findings.

Where was the SECCYD data collected?

SECCYD researchers have been collecting data in 10 geographic areas through 10 affiliated universities across the country since the Study began in 1991. Families that participate in the Study live in the areas surrounding these affiliated sites. The Study locations include:

How did the Study define “child care”?

For the purpose of the Study, “child care” was initially defined as any care provided by someone other than the child’s mother on a regular basis. So, for data-collection purposes, occasional babysitting did not qualify as child care, but care by the child’s father or by another family member did qualify as child care. Children who were in any type of child care for fewer than 10 hours a week were considered to be “in exclusive maternal care.”

Child care arrangements examined in the Study included: care from the father or from another relative in the child’s home; care from a single caregiver (not related to the child) in the child’s home; small group care in a caregiver’s home; and center-based care. Although by today’s standards, these types of arrangements are commonplace, in 1991, most people considered only traditional center-based care to be child care.

As the children got older, they were no longer in “child care arrangements,” but were instead in school environments, including public and private preschools, kindergartens, grade schools, and middle schools. Therefore the Study examined these school environments—the characteristics of the schools, the classrooms, and the other students—as well as how these characteristics interacted with features of earlier child care experiences.

What are the “next steps” for the SECCYD?

When data collection for the SECCYD ended in 2007, the participants were nearing the end of ninth grade and were around 16 years of age. One can imagine, then, the importance of a 16-year dataset for future research on child development.

To help ensure the maximum possible use for these important data, the NICHD has made various dataset phases available for researchers outside the SECCYD to use for their own research. Interested researchers can apply to use the data from Phases 1 and 2 to conduct their own analyses. The datasets for Phases 3 and 4 are currently being analyzed and finalized; once completed, they too will be made available for use by interested researchers. In this way, the important research from this landmark Study can continue to inform decisions and shape what is known about child development for many years to come.

In addition, the Study has a legacy of hundreds of peer-reviewed, published findings that have helped to provide vital evidence on which families’ decisions have been made. The SECCYD was the first of its kind, and paved the way for other long-term studies involving children, including the National Longitudinal Study of Adolescent Health and the National Children’s Study.

For more information on the SECCYD

The sources below provide more information about the Study, its findings, and its instruments: