Promoting the Health of Women

NICHD Research Aims to Improve Prevention, Diagnosis, and Treatment of Endometriosis, Preterm Birth, and Other Conditions 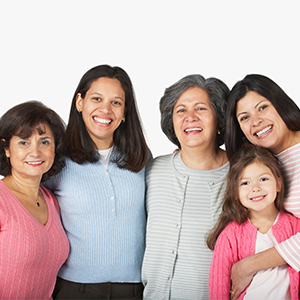 NICHD conducts and supports research on health issues that are unique to women and on how certain diseases affect men and women differently.

High-Tech Analysis of Genetic Data May Yield New Test for Endometriosis
Endometriosis, a common gynecologic disease, occurs when tissue that normally lines the inside of the uterus grows outside it. The primary symptoms of endometriosis are pain and infertility. Researchers may have taken a first step toward developing a test that could identify endometriosis without surgery, currently the only certain way to diagnose the condition.

Nearly Half of All Cases of Diabetes During Pregnancy Could Be Prevented
Diabetes during pregnancy—also known as gestational diabetes—is common and can have long-lasting health effects for mothers and babies. Analyzing data from a large, long-term study, researchers identified four pre-pregnancy lifestyle factors that, taken together, could account for nearly one-half of gestational diabetes cases: smoking, inactivity, overweight, and a poor diet. Having a healthy profile in all these areas was associated with an 80% lower risk for gestational diabetes.

Prenatal Steroid Treatments Not Effective in Low-Resource Settings
In the United States and other high-income countries, women at high risk for preterm birth—currently the leading cause of infant death worldwide—are given steroid treatment to promote survival among preterm infants. But research on the same treatment given in low-resource countries had the opposite outcome. The researchers therefore recommended that steroid treatment not be provided in low-income settings except in hospitals that can provide advanced care.

Severity of Osteoarthritis Differs Between Women, Men
Osteoarthritis, the most common form of arthritis, occurs when the protective cartilage on bones wears down over time. Osteoarthritis of the knee tends to be more prevalent and more severe in older women than in older men. Research results suggest that women who have knee surgery may benefit from additional interventions, such as strength training, to improve their outcomes.